You are at:Home»Current in Fishers»New police commission appoints members 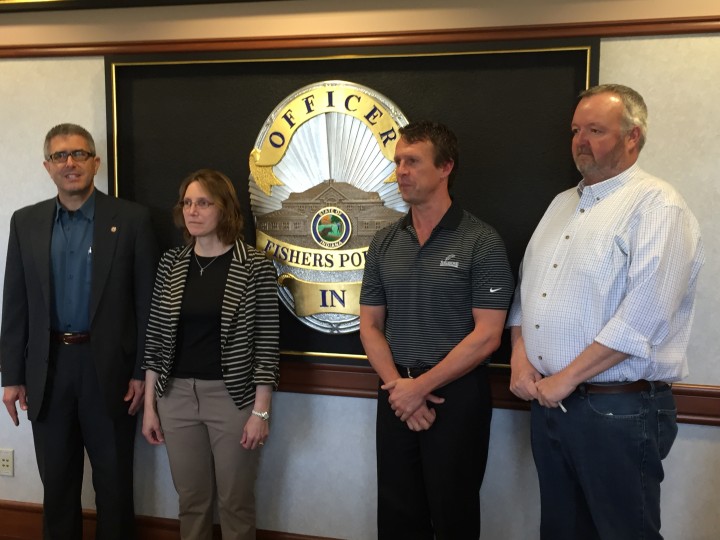 With the transition of Fishers becoming a city, many changes have been made in operations. On the morning of April 14, one of these new changes put into play was appointing members for the Fishers Police Department Merit Commission Board.

The meeting came as one of the first official police merit commission board meetings for the city, since formerly there was none in place do to its town status.

The role was previously fulfilled by a metropolitan board of police commissioners.

While merit commissions can have designated duties specific to its function within a city, the City of Fishers has only purposed this new commission for punitive actions only.

“The ordinance that fishers passed creates a merit commission for the purposes of discipline only,” Roberts said. “(Members) won’t be asked to participate in the election or promotion process. That remains within the department. The ordinance gives (members) authority over what we call the higher level of discipline.

The higher level of discipline in this case is only enacted in instances where the punitive actions taken involve more than 40 hours or more of suspension without pay. Forty hours of suspension or less, written reprimands, verbal reprimands and other less severe actions will continue to be handled by the department.

Fortunately with Fishers previous police track record, FPD Chief George Kehl is confident they will not need to resort to the new board.

“We hope we don’t have to use you,” Kehl said. “That is our ultimate goal. We’ve been pretty successful with that for many years. We’ve had some incidents from time to time but nothing that we had to involve the board of police commissioners in which I think is a credit to our agency and our command staff and to all the officers.”