You are at:Home»Current in Carmel»Opinion: A few facts are in order 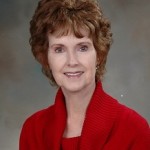 I would appreciate the opportunity to respond to the City Council candidate who made negative comments about the office of the Clerk Treasurer.  Of course, all are entitled to their own opinions but not their own facts, especially with regard to the aspersions cast about the performance of my staff and myself.  A few facts are in order:

First, there was a comment about professionalism in my office with the implication being that somehow a mayor appointment of the mayor’ choice is professionally superior to the job which my staff and I are doing. We simply respond by noting that my office has won the awards for Certificate of Achievement for Excellence in Financial Reporting on nine (9) separate occasions.

These awards provide third party acknowledge of the indisputable integrity of our work.

It is also an advantage to the taxpayers of Carmel.  It seems ironic that two incumbent Councilors would place a high priority on using their positions to eliminate an independent financial voice from the public conversation, as opposed to performing the vast array of other tasks that comprise the Council’s responsibility.

Second, the article included aspersions cast regarding our transparency. They fail to acknowledge the fact that our office has implemented a web accessible Laser Fiche portal that allows the public continuous access to literally tens of thousands of City documents dating back to the 19th century.  Implementation of Laser Fiche represented an indisputable commitment to public transparency of my office in the year 2000.  In contrast, I respectfully note that a number of documents were requested by members of the public from an incumbent city council in 2014, and according to those citizens, those documents have yet to be made transparent.

Politics is a necessary part of democracy.  I deeply regret, however, the mean-spirited

snarking that comes from incumbent councilors. I can definitely say that Carmel’s financial policies are among the most complicated in Indiana, and still my staff and I perform transparently and professionally.

My office works for the wonderful and competent taxpayers who live in Carmel. I would like to continue our roll, providing them transparency and honesty.