You are at:Home»Current in Zionsville»District 4, 5 candidates speak out at forum

What Happened: Candidates were allowed an opening statement to the public and then were asked as series of questions by the forum moderator. 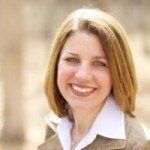 A 14-year Zionsville resident and current Dist. 4 town councilor, Hopper aims to continue a good council-school board relationship and strong schools, is interested in increasing the tax base diversity and continuing town growth in a responsible manner while maintaining Zionsville’s charm. Hopper stated the mayor is an essential role that needs to be filled. Topping Hopper’s list for service improvements were streets and parks, stating that funds are limited but as more become available those are two priorities. Hopper also noted that she was pleased with the turn out of the reconstructed bridge on Ford Road and that the legal issues over Perry Township were unfortunate, but that the town was acting in its best interest.

A lawyer and 10-year Zionsville resident, Andrew Auersch aims at “preserving Zionsville for a prosperous future.” He is proud of the uniqueness that Zionsville’s Village holds and intends to preserve it, but is open to growth in the right areas, such as attracting businesses and school funding. Auersch feels that a mayor is a necessary role to help relieve some of the many duties the council president endures. Auersch is currently pleased with public services but feels they could be better with more funding, especially roads. He stated that he was unhappy with the amount of spending over the Perry Township lawsuit. He also showed dissatisfaction with the replacement of the Ford Road bridge. 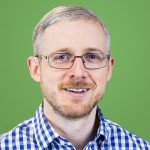 Co-founder of Mobi Wireless Management, Garrett plans to use his expertise from his business and bring it to his potential role as a town councilor. He hopes to help develop a strategy that keeps Zionsville relevant in Central Indiana while protecting its current atmosphere and supports initiatives to bring new jobs to the area. He explained his current occupation allows for flexibility and availability for the town council role and views the position more as a volunteer position than a paid one. Garrett was pleased with current public services but hopes that by improving the tax base by bringing in more business incentives will allow for more funding of public services. 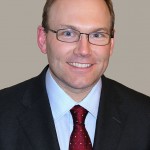 As a certified public accountant, Brewer emphasized his background in finance to aid his potential role on the town council and that he has been analyzing the town budget. He stated that the time commitment of the council role is evident, but doable. While he was unhappy with the amount of money spent in the legal issues over Perry Township, he ultimately believes that having a mayor is a necessary endeavor for the town. For improvements in services, Brewer hoped for an increase in paths and welcomed suggestions for discussion of other improvements to be made so that funds could be allocated in an appropriate manner.