You are at:Home»Current in Carmel»Carmel Community»Carmel Arts & Design District plans for 2015 events

Local businesses in the Carmel Arts & Design District gathered for a meeting to discuss successes in 2014 and exciting events coming in 2015. 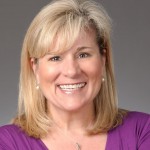 Vanessa Stiles, a veteran public relations professional that works with the district, talked about ways the Arts District has been growing. All growth was analyzed from March 2014 to March 2015.

In terms of social media presence, the area’s official Twitter account gained 1,320 new followers in the past year and 3,992 new likes on Facebook. Of those likes, 2,469 come from people in Indianapolis and 1,805 come from people in Carmel, with Fishers, Noblesville and Chicago being the next highest cities in order.

In terms of attendance, the Arts District set new records in 2014. Stiles said the district sets a goal of at least a thousand attendees at each of its gallery walk events, which are held every second Saturday throughout the year and often feature live music or scavenger hunts. The district met that goal in 2014 and the lowest attended gallery walk was in January during heavy snowfall. Even during that frigid Saturday, the gallery walk still attracted 1,183 visitors, according to her numbers. The most attended gallery walk was in June with 7,611 people.

It’s also a goal to have something going on every weekend through the summer in the district, with the exception of Fourth of July since CarmelFest is going on. Jazz on the Monon events fill the calendar when there isn’t another major event and the lowest attended Jazz on the Monon in the past year was 4,724 people and the highest attended was 6,637 in June.

Art of Wine, sponsored by IU Health North Hospital, saw its attendance increase by 30 percent in 2014 to more than 8,000 attendees. There was a 23 percent increase in tasting glasses sold and they were actually sold out early, before 8:30 p.m. event. Stiles said the perfect weather and the live music of St. Paul and the Broken Bones helped push attendance.

“It was the perfect storm of – no storm – and a great band and the weather was outstanding, so we had fantastic attendance,” she said.

This year, Art of Wine will feature extra wine stations and a special VIP line for people who want to shell out extra cash to avoid a wait. Stiles said it’s also a goal to increase the food offering available on the street so attendees and grab and go instead of having to wait for an open table at packed restaurants. She’s hoping to encourage Arts District eateries to set up tables outside but if they don’t get enough of those then Carmel Farmers Market vendors will be used. No outside food trucks will be used because organizers don’t want the restaurants already in the area to have to compete with outside businesses.

Other new events were discussed such as sidewalk sale where retail outlets can promote their merchandise on a sunny day to passersby. Similar sales have been held at Carmel City Center.

The Arts and Design District Business Association of Carmel, known as AADBAC, announced its organizing a “Carmel Hold ‘em” event where participants collect playing cards from local businesses in the district and match them with two other cards on AADBAC’s Facebook page to create the “best hand” like in poker. Winners will receive gift card prizes and the event is planned for May 15 to 21.