You are at:Home»Current in Westfield»Opinion: Elections only count in May 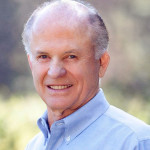 In Westfield, the Republican victors in May are almost always confirmed in November. So in May you have your only chance to choose which faction will win. Westfield presently has the finest inclusive government ever. It is being challenged mostly by candidates that want to be spoilers and that can’t comprehend the blessings of Westfield’s balanced public-private partnership financing plan.

It’s not by chance that since Mayor Cook has been in office, we’re recognized by various national magazines, among the top “best places to live” or “best towns for families.”

Westfield has created the cleanest revenue producer possible. Besides being fun, Grand Park is already generating great new business supporting property taxpayers and jobs. Unfortunately its progress has been slowed by the irresponsible, unfounded, nuisance law suit by Cook’s totally inexperienced challenger on a trumped up technical detail. Fortunately the weak case was dismissed for improper filing. He insults us all who have studied the issues for many years with his fallacious law suit. He clearly does not understand the roll of private investors in our sports facility and has deliberately set Westfield’s progress back instead of getting involved in the process of our government. He apparently has no other real issues for his campaign. Not staying with our well and properly financed projects underway would be like APPLE not continuing to work to be the greatest company in the world when it is already in their lap.

I served and visited numbers of unpaid city task groups all of which are open to anybody) and I attend most city council and advisory plan commission meetings. Call it a strange retirement past time if you like, but it’s led me to love Westfield, its opportunities and its present, considerate hard-working leaders – unlike the interlopers who are way over their heads.  It has led me to know what I am talking about.

Good government is for the common good. It has been a magnet for private investment that will return well beyond its cost. And if you believe in a completed Grand Park, Grand Junction Plaza, old downtown regeneration and in our growing expansive trail system, you should also consider that Westfield has not only a lowered tax rate this year it has a positive cash flow, it has Moody’s top financial rating (AA+), the great rare co-operation that’s been developed with our schools, our unusually low crime rate, our on-the-ball fire department that wins national awards, our wide open community volunteer task groups and the high morale throughout the staff. If you have a dream of having a wonderful livable community, then vote May 5 to finish the job.

This is one of those times when loyalty to an inclusive leadership deserves your vote. Not voting in May is a vote for the naysayers and giving up on this glorious opportunity of your lifetime. The poles open at 6 a.m. and close at 6 p.m.  Plan your time now to vote May 5 (or vote early) to continue your hometown’s successes.

Mic Mead is a longtime Westfield resident and previously served on the Westfield’s Town Council and advisory plan commission.