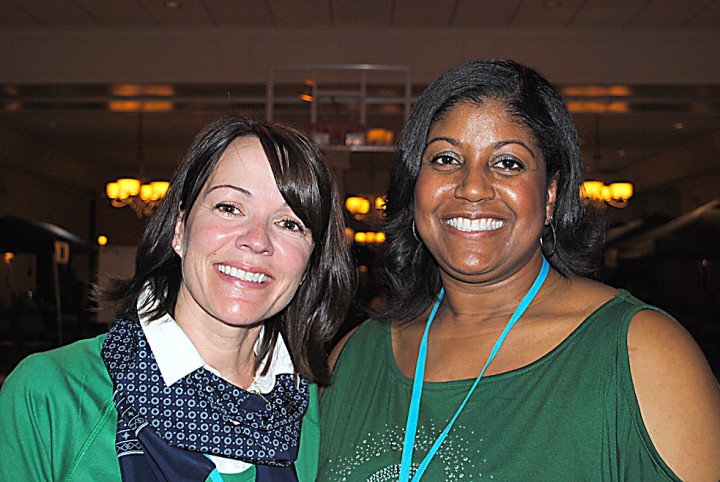 First it raises needed funds for the Carmel house for women with crisis pregnancies and their children and second it creates awareness about what The O’Connor House does. The Christian residential home opened in the summer of 2005.

“The women are often homeless so we give them a new start in life,” said Kris Bussick, co-founder and the director of advancement for the house. “We have a life skills program where we teach them about budgeting, nutrition and prenatal care. When they come to us, they often come broken and when they leave we set them up in their own apartment, get them a job.”

The Basketball Madness fundraiser at the Ritz Charles on March 13, which included a silent auction, raised more than $124,000, exceeding the goal of $100,000, broad president Ann Beriault said.

Bussick said mothers can stay up to 18 months if they are working the program.

“We really try to get them involved in completing their GED, going back to school and getting a job,” Bussick said.

“The O’Connor House is a great refuge for young women who are pregnant and have nowhere to go,” Harris said. “I just learned about it a few months ago. It does so much more than just provide shelter and good. They provide life skills training, prenatal, postnatal, nutrition and resume-building skills. They provided transportation to school or work. They just do a lot of things to help to get them on their feet.”

Beriault, a Carmel resident, said the fundraiser had many more corporate sponsors than it has had in the past.

“We’ve got a solid donor base and we’ve been able to attract a lot of other new people,” Beriault said. “Anyone who has a heart for moms and babies are learning more about The O’Connor House and getting the word out.”

The Hope Fund, the organization’s annual fund campaign, will kick off on Mother’s Day (May 10). For more information, visit theoconnorhouse.org