You are at:Home»Current in Zionsville»Zionsville Plan Commission OKs plans for transitional care facility 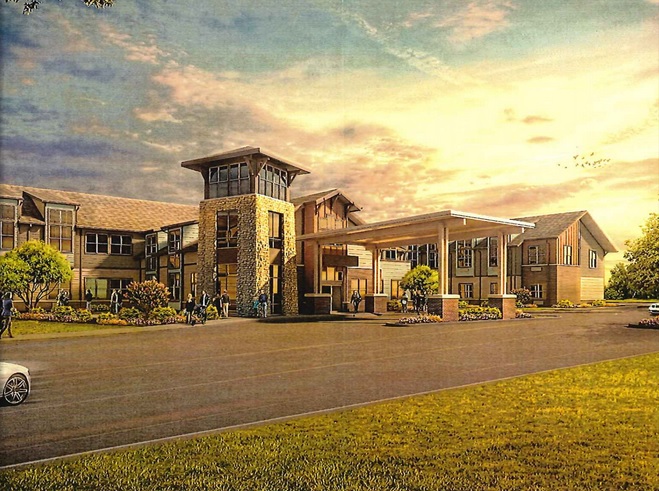 The Zionsville Plan Commission approved plans for a two-story transitional care facility that will contain about 90 beds. (Submitted rendering)

The Zionsville Plan Commission voted, 4-0, on March 16 to approve initial plans for a transitional care facility on the south side of County Road 700 E near Oak Street.

The 68,000-square-foot, two-story building on seven acres will contain about 90 beds for people who are recovering from surgeries and other medical procedures. Doug Peterson, vice president of development at Mainstreet Investments, said the goal of the facility is to help people become independent enough to go back home.

“It’s short-term rehabilitation in nature,” Peterson said. “We have a 20- to 30-day average stay.”

Developers made some changes to the plans originally presented to nearby residents, including moving the building and parking lot north about 40 feet, eliminating some of the parking spaces, increasing landscaping and adding a 10-foot wide path along CR 700 E.

Plan commissioners also voted to delay discussion on plans to rezone 75 acres owned by the Town of Zionsville within the DOW Planned Unit Development until next month. They also granted a continuance on a petition to rezone 18 acres at 10371 Zionsville Road from residential single family zoning district to a planned unit development.

The next Plan Commission meeting is scheduled for 7 p.m. April 20.