You are at:Home»Current in Westfield»Plans shared to turn Westfield golf course into homes 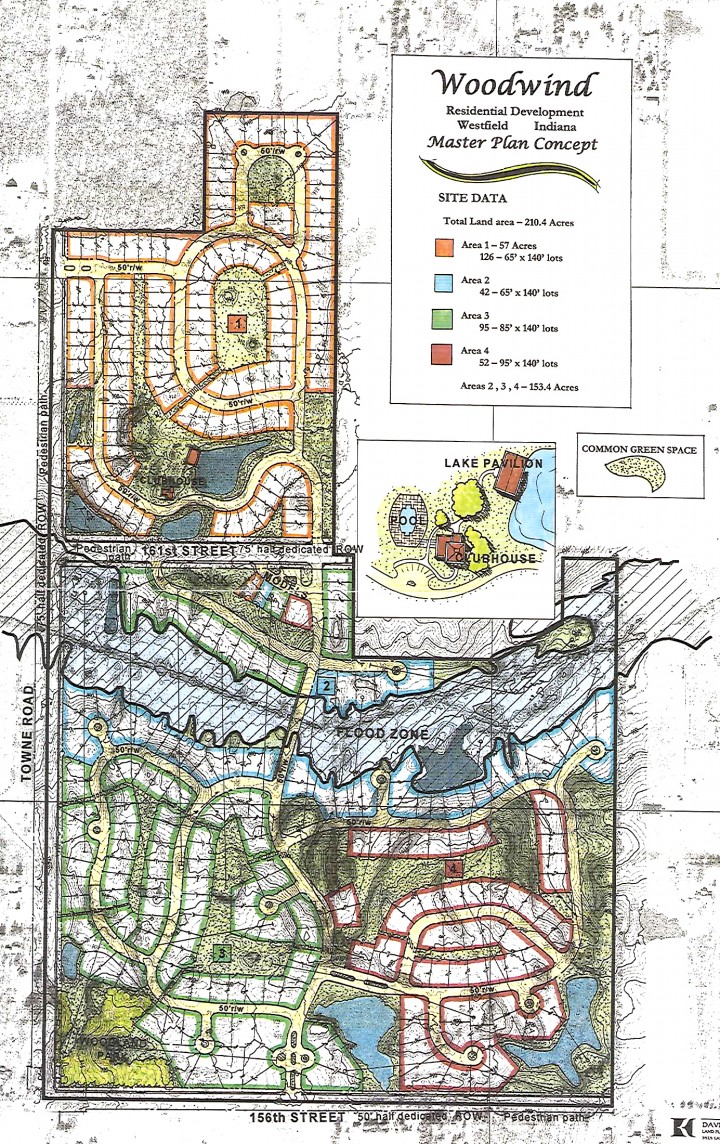 Plans to change one of Westfield’s golf courses have caused concerned residents and the city council to look closer at the project and take an abnormal course with the project.

Developer George Sweet is looking to transform Wood Wind Golf Course, 2302 W. 161st St., from an 18-hole professional golf course to a major subdivision in Westfield. The course, which is privately owned, is facing an unclear future.

“They (Tom Rush and Bob Thompson) have leased the golf course and their lease is up at the end of 2015,” Sweet said.

Westfield Associate Planner Andrew Murray said the 210-acre course would be rezoned to residential and 315 lots are planned within four sub districts. Sweet said the homes would be priced from $300,000 to $1 million.

“That’s the price range our company has worked in for years,” Sweet said.

But concerns caused the city council to not approve the project and rather allow it more time for discussion before it is passed to the advisory plan commission. Council President Chuck Lehman suggested the project have neighborhood and consensus building considering its impact to the community.

“Let’s look at what you do with the neighborhood and drawing people in … and allow this process to work its way through,” he said, adding the project will be heard again at the next council meeting.

Sweet said the neighborhood meeting was scheduled for March 17 with an advisory plan commission meeting on April 6.

“I have a bit of a concern because right now the neighborhood meeting is right on St. Patrick’s Day and the public hearing is during Westfield’s spring break,” said Cindy Spoljaric, city councilor. “The combination of those two factors make it hard for citizens to be a part of this discussion.”

Spoljaric also shared the feelings expressed to her by residents.

“Just today there have been a number of people who are very upset – people who play golf there, adjacent land owners, all kinds of people who are upset,” she said. “Our comprehensive plan, in general for that area, doesn’t envision the kind of SF3-SF4 (single family residential zoning) being proposed. That’s one of the problems. Not only losing the golf course but potentially having a subdivision that this was not envisioned for in our comprehensive plan.”

Sweet said he knows other developments he’s worked on want higher density but was not aware of Westfield’s comprehensive plan. Spoljaric said the current ordinance was for one unit per three acres.

“I think it is going to take careful thought and right now it doesn’t seem to lend itself to our comprehensive plan I really don’t support it right now,” she said.

“The density out there is a little bit higher than what we would anticipate for a project in that area,” he said. “That is a problem of mine and I’ll just say upfront that I am not predisposed to supporting this as presented today.”