You are at:Home»Current in Westfield»Hamilton County judge dismisses open-door lawsuit filed against City of Westfield 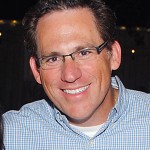 The fate of the proposed $25 million indoor sports facility at Grand Park may have finally been resolved as Hamilton County Judge Paul Felix dismissed the open-door lawsuit on March 11.

Harpe questioned the process behind the approval and alleged that the council’s finance committee met privately to discuss the deal. The city has admitted no wrongdoing and has filed a motion to dismiss the lawsuit.

At a Feb. 17 hearing, Westfield City Attorney Brian Zaiger argued that Harpe did not file the lawsuit, as required by state law, within 30 days of knowing about the alleged violation. Zaiger said that the suit should have been filed by Nov. 27 since the Westfield City Council approved funding for the facility on Oct. 27.  Mayor Andy Cook, who said no action was taken during the 30-day remonstrance period, said alleged open-door violations are typically sent to a state councilor who makes a ruling instead of lawsuits.

Felix agreed with his point.

“The state law is intended to prevent citizens from filing challenges based on possible open-door violations as a last minute stall tactic, which is why it requires a complaint to be filed within 30 days of the alleged violation,” Felix said at the bench trial.

City spokeswoman Erin Murphy said the administration is pleased with the decision and continues to support the indoor facility.

“We look forward to continuing on the path of making Westfield a welcoming community for visitors, residents and businesses,” she said, adding officials declined to make any further statement on their victory in court besides the judge made his decision and the city can move forward.

The decision isn’t final though as state law allows for a 30-day appeal.

Westfield is looking to build a 370,000-square-foot facility, which will house three full-size professional soccer fields, at land it owns at Grand Park. The facility will be built by Holladay Properties and Westfield would have the option to buy it once it opens. Holladay Properties is receiving a $25 million loan for construction that Westfield would pay back, nearly $53 million including interest, during the next 25 years.