You are at:Home»Current in Zionsville»Boone County agencies team up to arrest of juvenile wanted in Wisconsin double murder 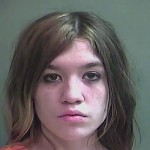 The Oneida County Sherriff’s Department in Wisconsin put out a news alert Sunday when they realized that she may have fled the area. Boone County Sheriff’s Deputy Ryan Musgrave heard the dispatch and spotted Martinson’s vehicle traveling southbound on I-65 near Lebanon. 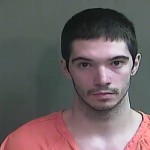 Musgrave, with help from the Whitestown, Lebanon and Zionsville police departments, made a felony traffic stop on the juvenile and her boyfriend, Ryan Sisco, 22, who was wanted for questioning. Both suspects were detained without incident and are awaiting extradition to Wisconsin.

“This is a great example of law enforcement working together throughout the United States,” said Boone County Sheriff Mike Nielsen.

Boone County law enforcement agencies used information entered into the National Crime Information Center to be on the lookout for the vehicle. The investigation is still ongoing.