The fate of the proposed $25 million indoor sports facility at Grand Park has been put on hold by the Westfield City Council. At its Feb. 23 meeting, the council decided to wait until after the scheduled March 11 bench trail date for the open-door lawsuit to be heard and ruled on by Hamilton County Judge Paul Felix. 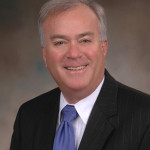 Mayor Andy Cook and the city have denied accusations and in response filed a motion to dismiss, which was heard and denied Feb. 17 by Felix. At the hearing, Westfield City Attorney Brian Zaiger argued that mayoral candidate Jeff Harpe did not file the lawsuit, as required by state law, within 30 days of knowing about the alleged violation. Harpe and his attorney, Tim Stoesz, filed the lawsuit Dec. 10 but Zaiger argued that the suit should have been filed by Nov. 27 since the Westfield City Council approved funding for the facility on Oct. 27. Cook, who said no action was taken during the 30-day remonstrance period, said alleged open-door violations are typically sent to a state councilor who makes a ruling instead of lawsuits.

“We’ll let the judge decide it,” he said.

The court’s decision could have been voided as the city council is in the process of approving a new ordinance which is almost identical to the one being contested by Harpe. 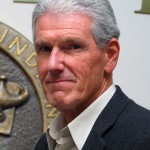 “In light of the recent court proceedings that have occurred because of an individual action, it’s my responsibility to respect both the process and the timetable that has been set forth by the judge in the matter,” Westfield City Council President Chuck Lehman said. “Meanwhile, it appears there are no winners for any individual, or for our community in this situation. Everyone loses.”

Lehman, who spoke the longest and most personal about the proposed development, said the need to include an indoor facility was identified in the original findings of the exploratory committee back in 2007.

“This need is further validated by the tens of millions of investment dollars that had been committed to when the construction of the indoor complex begins,” he said. “After nearly a year of continuous and intense efforts to seek the best option to meet our needs, this council approved several ordinances back in October to make it all happen.”

Lehman said that vote should have started the process that would have delivered immediate and long-term benefits to the city.

“The negative response of one individual has set into motion a process aimed to deliberately disrupt or totally stop the project,” he said. “That single action has proven to be extremely harmful in many ways and the negative economic impact alone has escalated to over $30 million of direct investment losses. Hundreds of immediate jobs have been eliminated and longer term employment opportunities will not be created. Many additional pending commitments from other developments are now on hold. The total investment loss to our community could easily exceed $100 million by the end of this year.”

On Feb. 13, the Westfield City Council posted answers online to all of the questions asked during the Feb. 9 and October public hearings on the city website, www.westfield.in.gov.

If the city wins its legal case in court or the council approves the funding (which it previously did by a 6-1 vote) at a later time, construction on the facility may begin immediately.