You are at:Home»Current in Zionsville»Schools, business growth focus for District 1 candidate 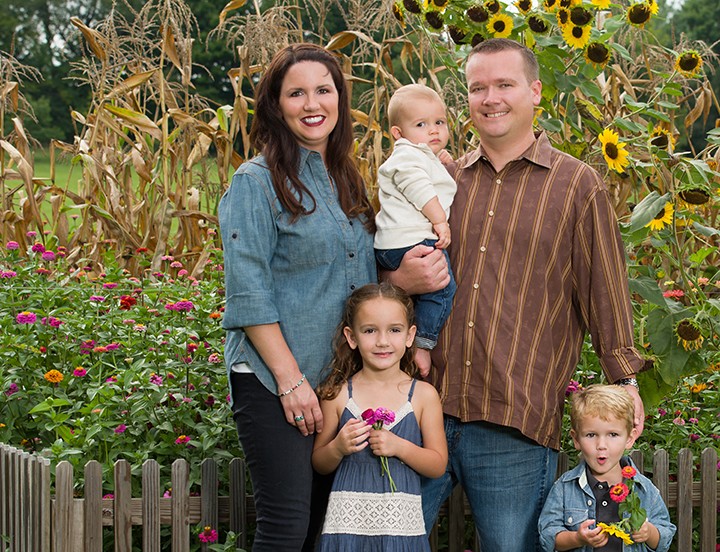 Bryan Traylor didn’t grow up in Zionsville, but since moving to town after graduating from college he’s put down roots that he believes have prepared him well to serve on the Town Council. He is running unopposed in the May primary for District 1, which includes mostly rural areas in north Zionsville.

A vice president at Centier Bank by day, Traylor said his goals for the town include supporting business development, ensuring the council has a smooth transition through a possible reorganization with Perry Township and working closely with Zionsville Community Schools.

“One of the biggest [goals]is to support our schools and make sure that we can retain the quality schools we do have,” said Traylor, a father of three young children.

Traylor, 36, grew up in a small town in northeastern Kentucky and attended the University of Kentucky, where he met his wife, Lindsay, who grew up in Zionsville.

“It quickly dawned on me that this young lady was going back home [after college], and if I wanted a long-term relationship with her I had better go as well,” he said.

Twelve years later, Traylor is still in town and hasn’t looked back. He’s served as the president of the Chamber of Commerce and participated in the Z’Sparkle Drag Race benefiting the Alzheimer’s Association. Currently he serves on the Board of Zoning Appeals, a position he says hasn’t won him a lot of friends but has given him knowledge that he believes is beneficial to anyone serving on the town council.

Traylor hasn’t run for elected office before, and he doesn’t have political ambitions beyond the town council. He described himself as “very much a straight shooter” and “not a polished politician” who is eager to help Zionsville build on the many strengths that encouraged him – and so many others – to make a home here.

“It’s got a small town feel,” he said. “But within that small town we have so many areas to support and so many different needs.”

Favorite Pastime: Traveling with my family

Early morning riser or night owl: A bit of both, an eight-hour night of sleep is on my list of Life Goals.