You are at:Home»Night & Day»Column: Oscars were on point with fashion, and more, this year 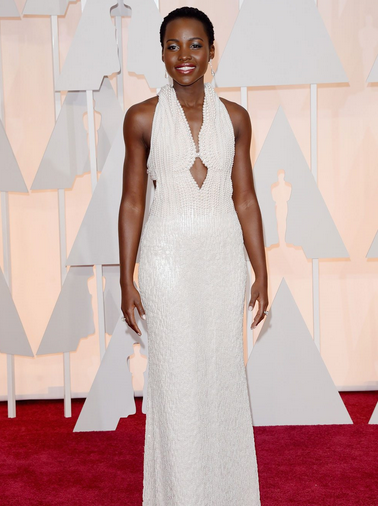 According to some, the 2015 Oscars had some of the best moments in Oscar history with notable performances from host Neil Patrick Harris, a shockingly beautiful tribute to the songs of “The Sound of Music” coming from modern, Ziggy-Stardust-inspired, performance artist/pop icon Lady Gaga, and stars using their fame to champion causes close to their hearts during their acceptance speeches.  According to others, it was the worst.  Many watchers thought the musical opening was irrelevant to the 2015 crowd, the speeches were classless and inappropriate for the glamorous event, and the jokes were garbage.  Being unconstructively critical is fun, but I’m with the fan group on this one.

Quick reminder for naysayers who do not think the Oscars are a time for causes, but simply a time to drip diamonds and eat caviar from the beaks of golden swans, single egg, by single egg – the Oscars have had an impact on social issues since the Golden Age of Film.

For example:  Clark Gable had to practically be dragged to the historic 1939 ceremony.  He may have been known at the time for his womanizing and playboy lifestyle, but he was furious that his “Gone with the Wind” co-star, Hattie McDaniel, the first African American to be nominated, and win, and Academy Award, would not be allowed to attend the main event.

She would be sectioned off in the back with the rest of the African American guests.  Hattie McDaniel herself had to convince Gable to attend the event.  I am certain that many, many people, found his behavior distasteful at the time, but now we can recognize his response as the only appropriate one to segregation and the treatment of fellow human beings.

My favorite fashions this year:

Best Lady, and Gentleman, in Red:

Rosamund Pike in Givenchy and David Oyelowo in Dolce & Gabbana

Best Use of Color: