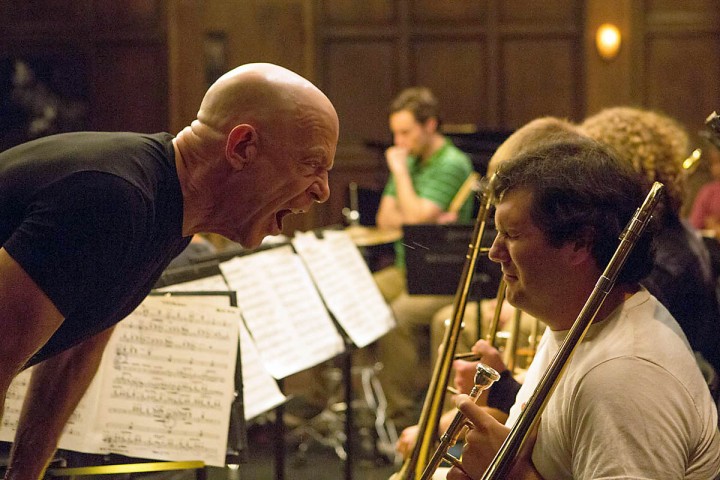 As I’m writing this, the Academy Awards ceremony has not yet happened, but by the time you’re reading it J.K. Simmons will mostly likely have claimed the Oscar for best supporting actor. He deserves it. Possibly writer/director Damien Chazelle has picked up his own golden statuette for adapted screenplay, based on his own short film. Again, highly warranted.

“Whiplash” was the best film of 2014, the harrowing tale of a promising young musician and the conductor who both inspires and degrades him. It’s the sort of movie that sticks in your craw, needling your soul long after you’ve seen it.

Miles Teller plays Andrew Neyman, an understudy drummer at the country’s finest music conservatory. He’s thrilled when the powerful head conductor chooses him to play in the top jazz band. But Lawrence Fletcher (Simmons) commences a cycle of abuse and psychological torture against the young prodigy.

He does this, Fletcher says, to make Andrew a better musician. And there’s no denying the lad pushes himself to the limits of his ability as a result. But as he comes to resemble his tormentor more and more, we’re forced to ask ourselves what the price of ambition is.

“Whiplash” is a searing character study that raises challenging questions we’d rather not ask ourselves.