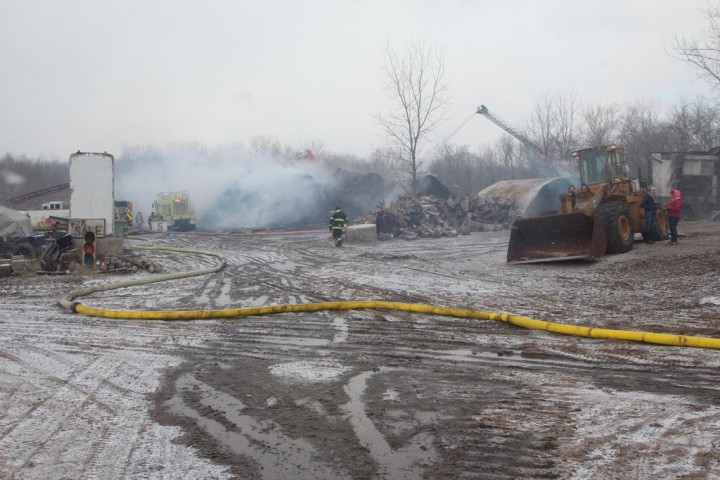 Update: On Saturday, February 14, at 11:47 a.m., Zionsville firefighters were dispatched to a reported mulch pile fire at Worman’s Clean Fill and Organic Recycling facility located at 10150 Zionsville Rd. The first unit on the scene reported heavy fire and smoke in multiple more-than-40-foot tall piles of mulch and requested additional firefighters for backup.

Firefighters had to battle winds at more than 20 mph gusts, and shuttle water to the remote location as there are no fire hydrants in the area.  Fire Department officials report using more than 55,000 gallons of water which was transported to the scene with multiple tanker trucks.

It took firefighters three hours to bring the blaze under control using fire apparatus and heavy equipment from the facility.  Worman’s personnel utilized two large excavators and bulldozers to move the piles of mulch so firefighters could extinguish the fire.

The Boone County Sheriff’s Dept. is advising all drivers to avoid the area of Zionsville road and 106th. The Zionsville Fire Dept. is working to put out a large mulch fire.