County attorney Mike Howard had five submitted Request for Qualifications responses with detailed plans of how each company would approach the project. Businesses that responded were Hagerman Group and Meyer Najem of Fishers; and Envoy, Shiel Sexton and Smoot Construction of Indianapolis. 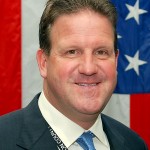 The submissions were given to Dan Stevens, assistant to the commissioners, for review and recommendation. Commissioner President Mark Heirbrandt said a selection should be made in March.

Because space is limited at the judicial, officials have decided to build an addition instead of find a new location to house county departments. It is estimated to cost $20 million to build three shell stories and furnish the first floor.

On Jan. 27, Howard and Commissioner Christine Altman testified to the state ways and means committee about an initiative the county started to adjust a bill.

Any government or school project costing more than $12 million requires a referendum and county officials are asking lawmakers to make changes that allow those organizations in strong financial shape and with funds available to exceed the cap.

“It doesn’t fit the needs for every community,” Heirbrandt said. “We’d like to be able to insert money above the $12 million cap … I feel very confident we will get something done.”

Howard said the committee voted unanimously (13-0) in favor of the bill.

“Sen. Luke Kenley (R-Noblesville) has been instrumental in helping us,” Heirbrandt said.

The bill moves to the senate and will be backed in the house by Rep. Jerry Torr (R-Carmel).