You are at:Home»Night & Day»Funny man for a funny night: Jim Belushi to visit Carmel Indiana 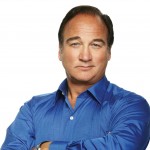 Laughter is just plain good for the soul and what better way to spend a cold, Indiana night in February but laughing the winter away.

Spend a hilarious evening with actor and comedian, Jim Belshi, and his friends from The Board of Comedy, as they bring their brand-new sketch comedy show to The Palliadium. They perform Feb. 8.
With more than 30 years of experience and an alumnus of “Saturday Night Live” and Chicago’s famed Second City, Belushi is now bringing to the stage an improvised comedy show that features members of the Chicago Board of Comedy.

A favorite of film, television and stage audiences, Belushi is one of the great leading character actors equally at home in drama and comedy, and a gifted performer who can also hold a room as front man of a rhythm and blues band according to his biography.

The following questions and answers are from Belushi’s Press Distribution for the show.

Here he described the other cast members:

“Larry Joe Campbell is a stud, a true star. I believe that he truly was the star of “According to Jim.” He’s the funniest man I know and he is effortless on stage to work with. I adore him. He makes me cry on stage, he’s so funny. Josh Funk is on the same caliber as Larry Joe Campbell: heartbreakingly funny, and he’s got a beautiful voice. We improvise a lot of songs and he is the master at it. Megan Grano is the coolest woman I’ve ever worked with. She totally gets our male energy and still keeps the feminine power in these scenes. She’s physical, with an elastic face, and smarter than all of us put together. Brad Morris is wicked sharp, plays many characters, and he’s fast. When he wants to, he can riddle you and leave you feeling like a lump on the stage. So you have to be nice to Brad or he’ll cream you with his wit. The great thing about Trey Stone, our musical director, is that you don’t notice him. But he plays his piano the whole time, supporting jokes, and he’s a master at the improvised musical and the make-a- songs. I love him and it’s not an easy job to improvise music behind improvised acting.

Q: You have performed in so many genres — TV, movies, theatre, improv, and musically with your Blues bands, The Sacred Hearts and The Blues Brothers. Where are you most comfortable and what do you enjoy doing most?

A: “I love all genres and I never put any of them in conflict with each other. There is something challenging in each one of them and overcoming the challenge is the joy. But I have to say that I enjoy the live performance genre, whether it’s Broadway, improvisation, the band, and of course “According to Jim” because it was shot in front of a live audience. I enjoy the instant gratifications, the exchange of energies with the audience, and the high jeopardy of “you’ve got to get it right, right now.” That’s joyful. That’s fun. Movies are a different joy, done piece by piece, with no audience. It’s just a different kind of thinking and acting style. But I love when it comes together. It was so satisfying to watch “About Last Night” with of an audience at the movie theater.”

Q: In performing with the Board of Comedy, you are, in many respects, returning to your Second City and Saturday Night Live roots. What do you enjoy most about sketch comedy and improv?

A: Oh man, I’m having a ball! Every performance is different and unique, plus these improvisational actors on stage with me are geniuses. They crack me up every night. I’m just chasing the magic. Everyone, including the audience, is fully engaged and participating and when there’s success in the scenes, there’s nothing like it. And it feels safe when you’re up there with an ensemble as your safety net. What’s great about this show is that it reunites me with Larry Joe Campbell. He’s the best partner I’ve ever had in my career. The problem with improv is that it’s life or death. You either come off stage going, “I’m going back to being an apprentice printer or become a journeyman and do graphic arts because I’m terrible.” You go right into deep depression. Or you come off that stage going, “I am God. I am a gift to all.” And that’s the best part!

Q: What can people coming to your show expect from you and the cast?
A: Magic! They’re going to see magic created in front of their eyes. We have no idea what we’re going to do. We do about nine different short form improvisational games. We take suggestions from the audience and we make stuff up on the spot. This is not like watching TV or a movie or a regular theatre performance, where you’re a voyeur. You’re a participant in the audience here. We are as good as the audience’s suggestions. When we have a good audience, it’s a great show, and we capture some magic that people will remember for a long time.

Join the Center’s Young Professional group, The Scene, at our pre-show meetup before the show! Enjoy a cocktail and mingle with other YPs starting at 6:15 p.m., then we’ll sit together to experience a full evening of entertainment as Jim Belushi takes the stage at 7 p.m. Click here to learn more about The Scene. If you would like to sit with The Scene, please call the Box Office at 317.843.3800.