You are at:Home»Current in Zionsville»Vectren pipeline replacement nearly complete 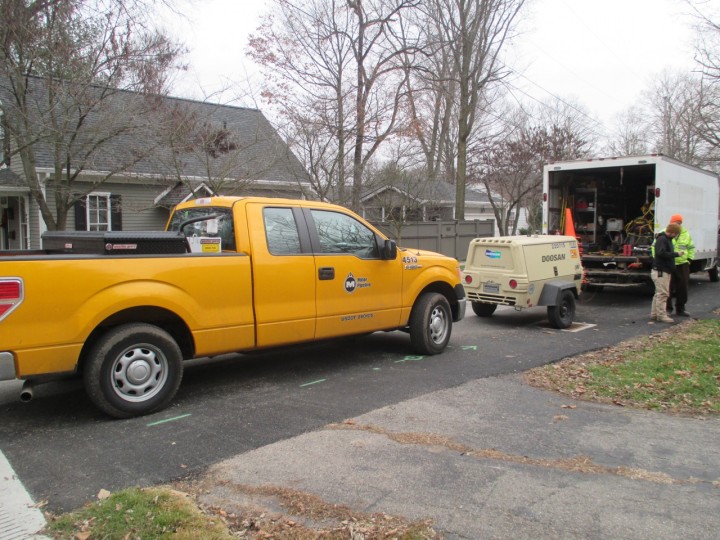 Miller Pipeline will continue cleanup on behalf of Vectren through the holidays. (File image)

Vectren’s work in Zionsville is nearly complete, but there is still one section left of a project to upgrade nearly four miles of pipeline affecting 330 homes in the Village.

According to Vectren’s Senior Operations Officer Brian Hall, Miller Pipeline has 3,000 feet of pipe left to replace. The project, which began in late summer, is scheduled to be completed by spring.

“If the weather holds up we could be finished as early as late February,” Hall told Current.

This excludes final street cleanup and lawn repair, which won’t happen until the weather is warmer. Miller Pipeline has been executing the work in Zionsville on behalf of Vectren with Case Remodeling undertaking some additional cleanup such as cement repair.

Hall said that right now Miller Pipeline’s work is primarily fixing street holes and tidying lawns. After the holidays Miller Pipeline will return to a smaller area of the Village for the last section of pipeline replacement.

The last phase will be limited to an area south of Oak Street.

“We are (almost) done as far as running any main or services,” Hall said. “We are down from four crews to two.” He noted that the old main gas lines were purged and retired on Dec.15.

Earlier this summer Vectren crews began the process of replacing gas mains and service lines throughout the state as part of the company’s pipeline replacement program, which is a multi-year program to replace about 1,300 miles of bare steel and cast iron pipeline infrastructure in nearly 75 cities or towns in Indiana.