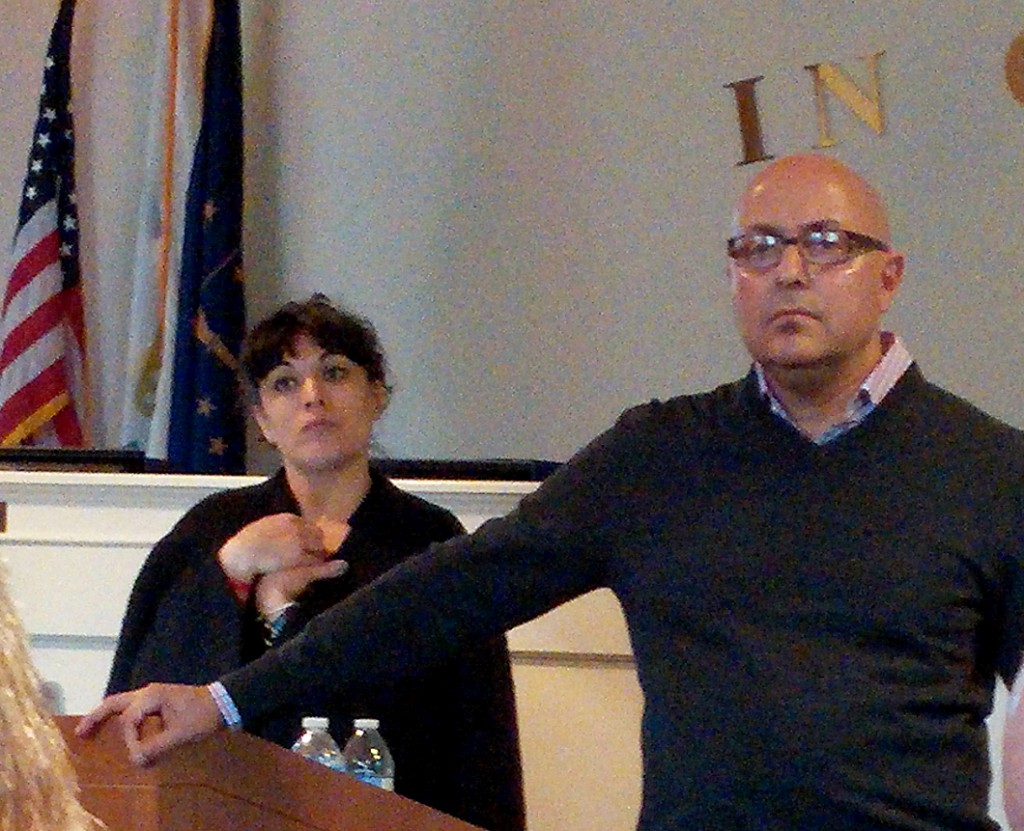 Since the project began seven years ago, the potential downtown park has been named Grand Junction. However, as a result of branding concerns a group of international specialists have suggested the city rename the park as “The Junction.”

“Working with a name for so long change is always a little uncomfortable,” said Elvira Barriga, creative director at Bruce Mau Design. “We need a name change when we look at all the issues … Now is the opportunity to change something if it is not perfectly right.”

Barriga and David Rubin of Land Collective provided a group of approximately 40 residents a presentation on where the project is now and what branding concerns naming Grand Junction and Grand Park might have for the city.

“‘The Junction’ is the recommendation, which is the essence (of the park), is short and catchy,” Barriga said. “I really like the suggestion.”

Barriga said the park is first and foremost for the residents of Westfield and curious guests are secondary.

“The park is a catalyst, it is going to be the first thing that happens,” Barriga said. “For me this park is really an embodiment of who you are.”

Barriga and Rubin said the use of Grand Junction would be confusing for out-of-town guests traveling U.S. 31 and seeing signs for Grand Park.

“Part of what we are finding as a conflict, the issue became the multiple use of the word ‘grand,’” Rubin said. “For visitors it becomes more and more evident. We’re trying to get a message that is clear.”

The consultants said the downtown area would still be called Grand Junction but the park should be shortened to just “The Junction.”

“Should it be under one umbrella (with Grand Park)? Does it share the same values, same purpose? If not, the name will be more confusing than helpful.” Barriga said. “There are a million small decisions to make along the way. What is the big picture? Never forget that and keep that in mind.”

The possible name change was split amongst the audience.

Teresa Skelton said, “Personally, I don’t care what the name is called … I believe the name will grow organically.”

Joe Plankis said “The Junction” would help identify areas like Mass Avenue, the Warehouse District and Monument Circle do to Indianapolis.

“It’s a distinct image,” he said. “‘The Junction’ focuses more on a specific area.”

Those against the name change said they preferred the city’s overall “grand” scheme and were not impressed with the new recommendation.

“Grand Junction Plaza is named for its connections to all of Central Indiana,” said Mic Mead. “I see the name ‘The Junction’ as bland and common. You all must agree that ‘The Junction’ as a name is separated from our big picture.”

Mead said he was not in favor of the recommendation of outside consultants to trump the years of work by members of the Grand Junction Task Group.

“I understand the potential conflict the more I think about it. ‘The Junction’ sounds much less impressive,” he said, adding that any confusion could be removed by marketing Grand Junction correctly and how it is branded separate from Grand Park.

After two hours of discussion and debating, Mayor Andy Cook stepped in.

“I love the emotion being displayed. It shows how passionate we are,” he said. “You hear from people who work all over the world that this is a very, very unique project, and I don’t think we sometimes recognize that.”

Cook said Rubin and Barriga and their teams were bringing the city a perspective it didn’t have with Grand Park.

“We have gone down the road and yet these people are telling us, ‘look we’ve got to be very careful on how this is going to be marketed way beyond where we were thinking,” Cook said. “How many times have you heard me say, ‘Think big’? We’ve got to think big on the marketing piece.”

Cook told the audience he will ask the GJTG to come to a consensus about the name as the design team waits to move forward.

Before closing, Rubin ended with one final piece of advice: “Making something ‘grand’ does not make it spectacular.”