You are at:Home»Current in Zionsville»Zionsville resident named chamber chairman 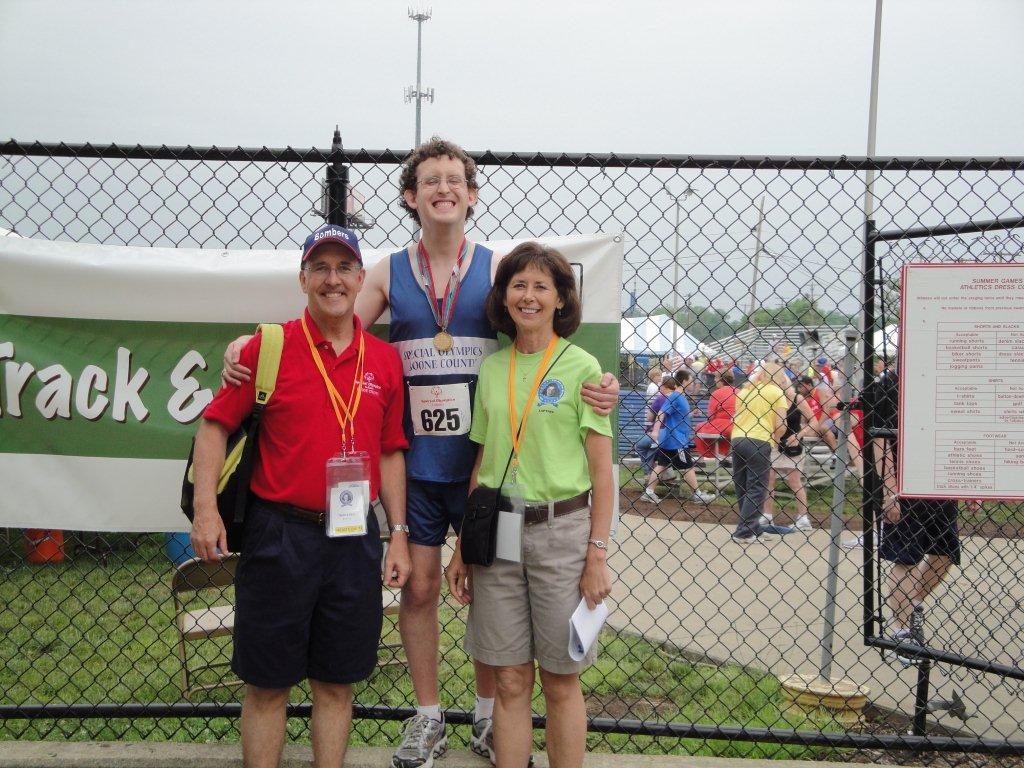 (From left) Tom, Matt and Deb Easterday during a Special Olypmics in Boone Co. track meet. The family has been involved with the Special Olympics for several years. (Submitted photos)

His resume is long, impressive and filled with all the business experience anyone needs, and he was recently elected as Chairman of the Board of Directors of the Indiana Chamber of Commerce for 2015.

But Tom Easterday is more proud of his involvement in the Special Olympics.

Easterday and his wife Deb have been coaching for the Special Olympics in Boone County for years and despite his newly elected status, he would rather be coaching than anything.

“My wife and I have coached everything from basketball to softball to track and field for Special Olympics in Boone County,” Easterday said. “It can be challenging but it truly is rewarding.”

The executive vice president, secretary and chief legal officer of Subaru of Indiana Automotive was elected to his chairman position during the Indiana Chamber’s Fall Board of Directors meeting held in Indianapolis Nov. 6.

“The Chamber believes the top priority for Indiana is to continue a re-evaluation and reinvestment in its people, their knowledge and skills,” he said. “We’ve made great progress toward making Indiana a global leader in economic opportunity and creating a better life for all Hoosiers, but we need to continuously improve especially in the areas of education, workforce development, wellness and energy policy.”