You are at:Home»Current in Zionsville»Help your child get a letter from Santa this year 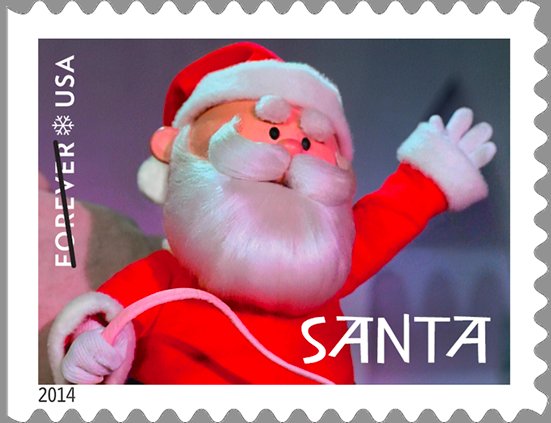 Children in the U.S. can mail a letter to Santa at the North Pole and get a response from him by Dec. 25. (Submitted image)

Yes, Virginia, there is a Santa Claus. And the Postal Service can help you prove it when Santa replies to your child’s letter to Santa — complete with a North Pole postmark.

This year, the U.S. Postal Service is hosting a program for children across the U.S. to not only write letters to Santa Claus, but receive a letter from him as well, according to a press release from the Postal Service

Here are the steps for your child to get a letter back from Santa:

Have your child write a letter to Santa and seal it in an envelope addressed to: Santa Claus, North Pole.

Tell your child that you’ll place a stamp on the envelope and mail it to St. Nick for him or her.

Later, when alone, open the envelope, read the letter and write Santa’s response on the back of the child’s letter. Have Santa write: “It’s important to be green and save paper. That’s why I’m writing on the back.”

When responding as Santa, reference your child’s accomplishments not included in his or her letter. Sign it “Santa Claus” with a “P.S. to get to bed early Christmas Eve.”

Place the letter into a new envelope addressed to the child at his or her home. Be sure to include: Santa Claus, North Pole, as the return address on the envelope.

Place the stamped envelope in a larger envelope (or Priority Mail envelope) with adequate postage addressed to:

The Anchorage Postmaster will open the envelope, remove Santa’s letter addressed to your child, apply the North Pole postmark and mail it back home.

When Santa’s letter arrives, have your camera ready when you ask your child to open the letter and read it to you.