You are at:Home»Current in Westfield»Kroger to expand Westfield location at Spring Mill Station

The Spring Mill Station Economic Development Area of 161st Street and Spring Mill Road will receive its first railroad-themed architecture with the redesign and expansion of Kroger after the Westfield Advisory Commission approved the project Oct. 20.

“The existing fuel center is not serving the needs of the community,” he said. “It will be a larger, better, more open fueling station with better circulation.”

Salma said plans include a new 10-gas pump center that would be built north of the current four-pump fuel station, which will be demolished.

Engineer Paula Gardner said Kroger will expand 13,000 square feet on the north side of the grocery. Officials said this would allow for the sale of more items and ready-to-eat meals. Plans also call for an outdoor patio area for dining, new bike racks and landscaping and a railroad-themed mural.

A total area of 1.79 acres will be under construction. Other items included with this project include all new utilities which will incorporate underground storm water detention and storm water quality, landscaping and the addition of a new curb cut along Spring Mill Road.

Officials said the expansion and fuel center projects will be constructed within a year.

Other items of business at the meeting included: 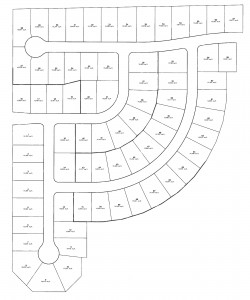 What it means: The 34.9-acre site is in the southeast quadrant of 161st Street and Oak Road and is planned as a new section to the existing Oak Park subdivision. The request is for primary plat and overall development plan approval of 28 single-family lots. The land is currently undeveloped.