You are at:Home»Current in Fishers»Gas leaks are becoming more common in Fishers 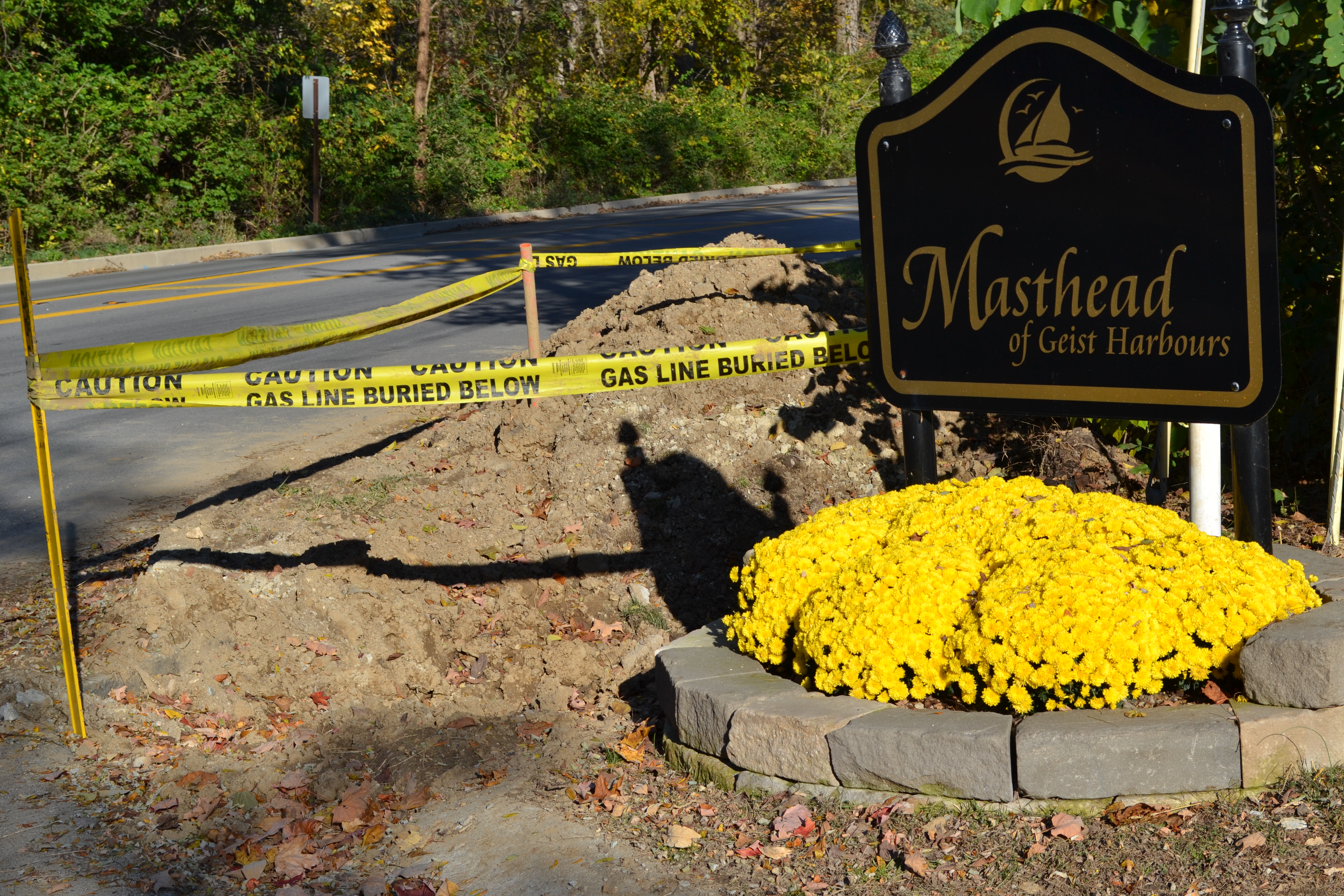 On Oct. 15, there was a reported natural gas leak at Fall Creek Road and Spruance Court. The Fishers Department of Fire and Emergency Services responded with caution. Residents in the immediate area were evacuated during the investigation.

Natalie Hedde, manager of corporate communications for Vectren, which is the natural gas provider for the Fishers area, explained the cause of the most recent leak. “It was a 2-inch plastic main that was struck by a third-party contractor who was boring in the area,” she said.

In the past year there have been 18 cut gas lines, according to John Mehling, public information officer for the Fishers Fire Department.

Hedde noted that there is a rise in gas line locator requests during certain seasons.

“In the spring and fall during the planting seasons, a lot of residential customers are doing landscaping projects and digging on their own property and, of course, construction is happening all year round,” said Hedde. “Sometimes we will see seasonal spikes of cut lines by third-party contractors.”

A simple phone call can prevent most of the incidents. Vectren encourages its customers to “Call 811 before you dig” to help avoid unwanted severed gas lines.

“The customer has to call 811 and that goes to the local One Call Center in the state of Indiana, and they will be able to dispatch out the appropriate underground utilities to come locate (and mark with flags) their lines,” said Hedde.

“There is always the risk of an explosion when there is a leak,” said Mehling. “While it rarely occurs, fire department operations always take into account the safety of residents and responders. We prepare for the worst-case scenario in the event the unlikely occurs. In order to prevent a source of ignition, we shut down roads and evacuate buildings. We would rather create a short-term inconvenience than to place people at risk.”