You are at:Home»Current in Fishers»Breaking stereotypes for rescues 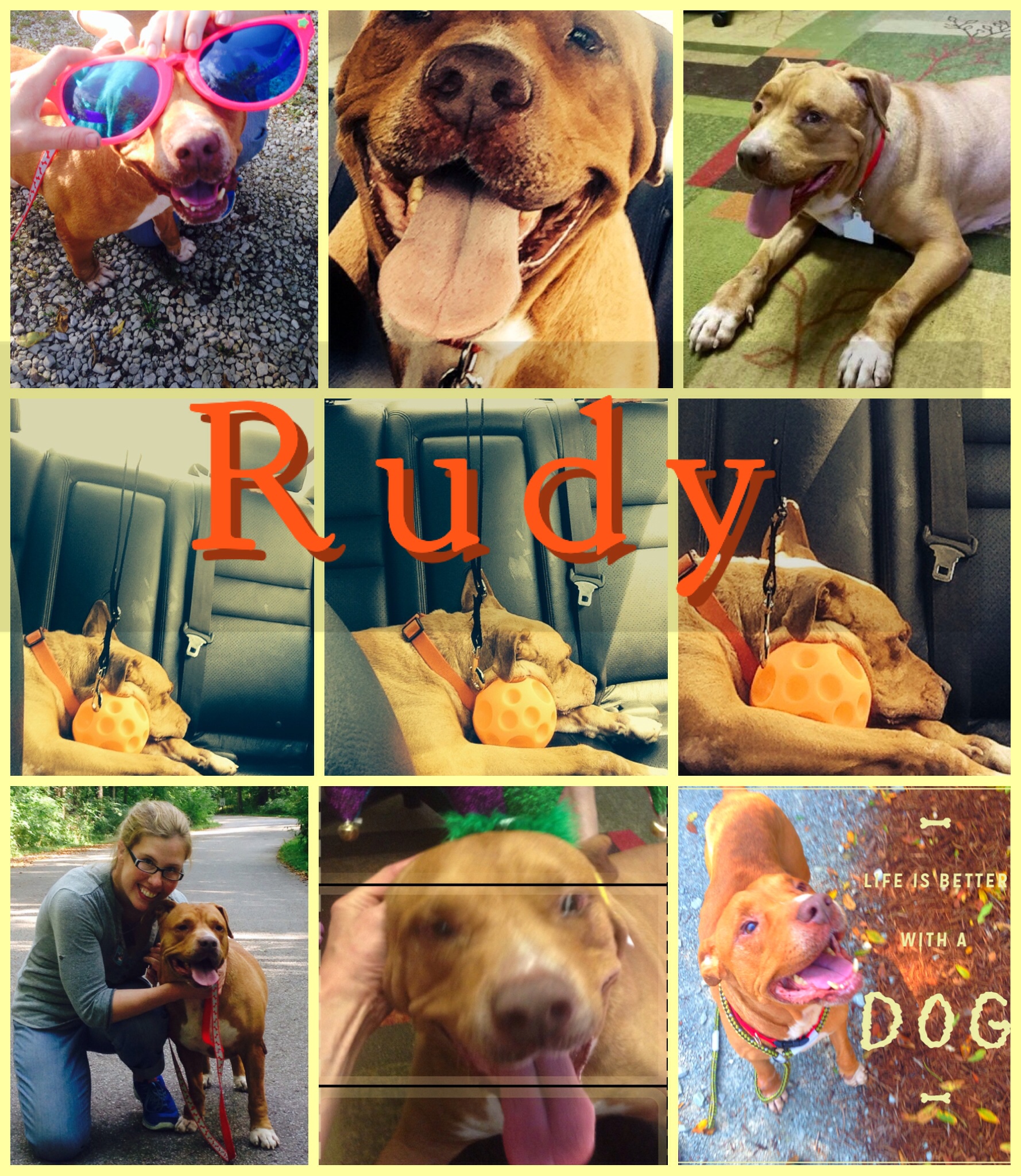 Rudy, a rescued dog, is still looking for a home.

Stray and rescued animals are still struggling to find homes because of  misconceptions and lack of knowledge.  Fishers resident Ashley Larsen hopes to break some of these stereotypes.

“I kind of feel like we are behind in time because we are still hesitant to invite them [rescue animals]into our home,” said Larsen. “There are dog parks in Hamilton County that do not allow pit bull type breeds.”

Larsen has been a part of the animal rescue world for seven years. She became actively involved after transporting a beagle that needed help. Since then, she has worked with local animal shelters in Indiana and Dogs Deserve Better, an anti-chaining group. She also helps find people to foster animals when there is not space in shelters or the animal needs more than a shelter can offer.

Larsen believes that many animals that are being euthanized are savable, but there are not enough resources, space and positive thinking to help these animals find their forever home.

“There are so many people who go out and buy animals every day,” said Larsen. “I think it is all about how you market it. How are you going to get someone to think, ‘I want to go to the animal shelter to adopt instead of going to a pet store?’”

Larsen and a friend recently saved two dogs from a rural shelter in Monroe County, Ga. Both dogs, Rudy and Froto, were given 24 hours to live. After some work and love Rudy, and Froto proved to be great dogs. Froto has found a home but Rudy has not.

Larsen acknowledged that many animals being euthanized are not perfect. Many may have been abused and/or abandoned, so they need some extra care or help before becoming adoptable.

“Nobody is going to go to the shelter and adopt a dog that is timid and cowering in the back of its cage,” said Larsen.

She would like to find a way to help those animals who need a little extra work. It may mean they need a trainer or to receive medical care. But these are the types of changes that Larsen believes need to be made to save the animals that are being euthanized.

“I think a lot of our shelters chose not to work with the community and instead maybe put the blame on the community,” said Larsen. “But I think it is a lack of education. Why aren’t we going out into the community and talking to people? There are people who want to be good pet owners but just don’t know how and we need to give them the opportunity.”