You are at:Home»Current in Fishers»Popeye’s has come to Fishers 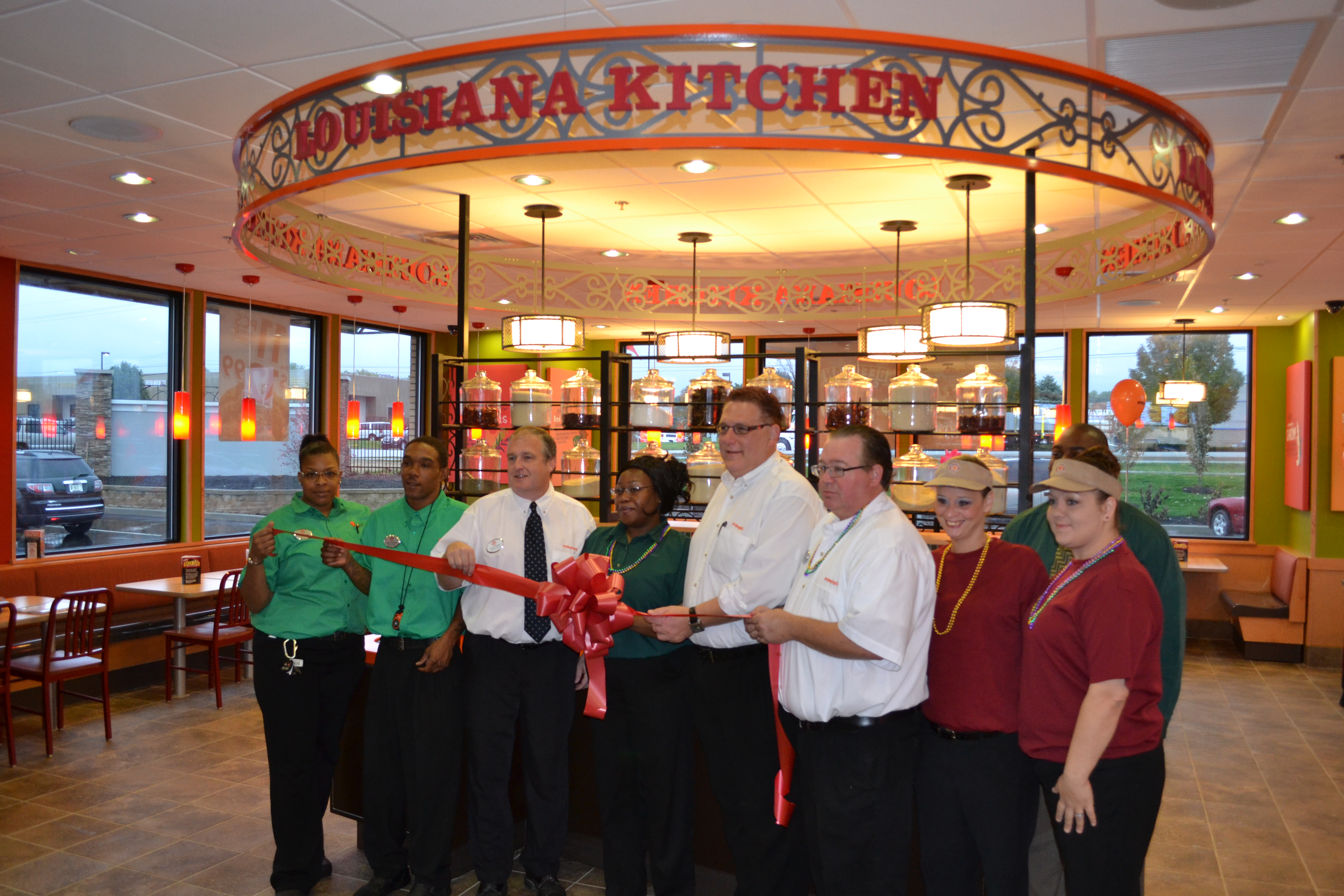 For those with a hankering for Cajun food, Popeye’s Louisiana Kitchen has finally found a home in Fishers. The restaurant had its ribbon cutting Oct. 13 and joins six other restaurants that have opened, or will open soon, in Fishers Marketplace at 131st Street and Ind. 37.

Restaurant manager Grahame Wilson says Popeye’s offers Louisiana style chicken which is different from anything else in the area.

“It’s the blend of the different spices; Louisiana style; some spicy, some mild; so we do both kinds. Our signature sides are all made with the same Cajun spices in them. So, some have a little bit of a kick, like our red beans and rice. And that’s what we’re known for; and our biscuits,” he said.

Although there is competition in the Marketplace, Wilson says Popeye’s is a good fit for Fishers. “We bring Fishers a different flair; a different type of food offering. There’s not a whole lot of southern Cajun up in this area. And I think Fishers, for us, is going to be a community that we’re going to be able to get involved in. That’s something that we’re looking forward to with the Chamber of Commerce and getting involved with the schools and sponsoring different things with local teams and that type of thing. Popeye’s really likes to be involved in the community and do community service,” he said.

There are a total of ten Popeye’s Louisiana Kitchens in the Indianapolis area and four more are planned to open before the end of the year. The chain started in 1972 in Atlanta, Georgia and has grown to become a worldwide company.