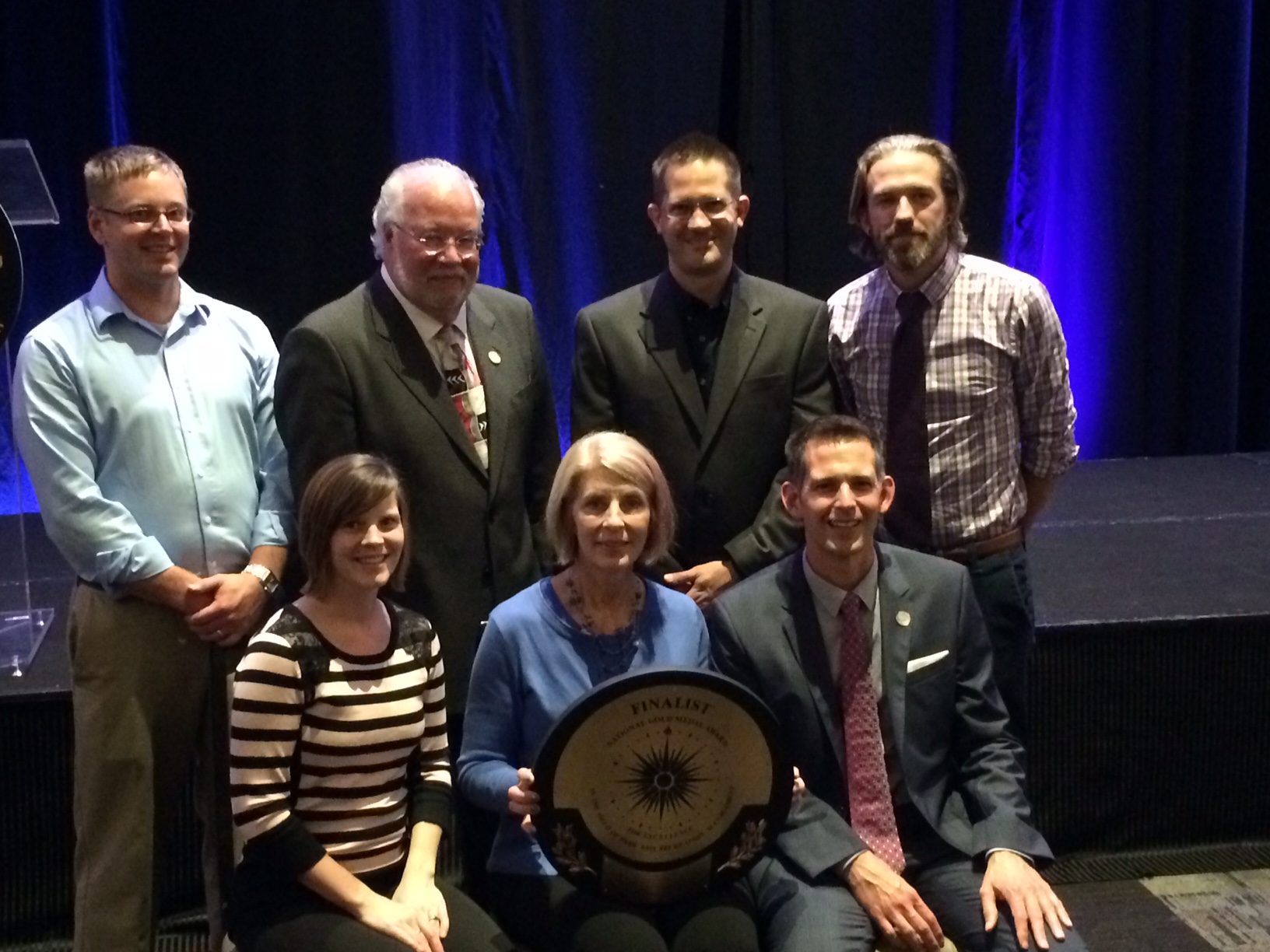 Senior staff members of the Carmel Clay Parks & Recreation department hold their gold medal. The group was in North Carolina this week to attend the 2014 National Recreation and Park Association Congress. (Submitted photo)

This week the Carmel Clay Parks & Recreation achieved an unprecedented level of national acclaim during the 2014 National Recreation and Park Association Congress in Charlotte, North Carolina.

“These achievements are both impressive accomplishments in their own right. The Gold Medal Award is the benchmark by which all agencies wish to be measured – it is like winning the Super Bowl of the parks world,” said Michael Klitzing, Chief Operating Officer for Carmel Clay Parks & Recreation. “Receiving the CAPRA Accreditation is the culmination of months of dedication by our staff to document our policies and procedures to meet the required stringent standards. Less than 120 parks in the United States hold this accreditation and only three in Indiana.”

In the past 10 years, more than $72 million has been invested to purchase new parkland, develop parks and recreational facilities, and make capital replacements within existing parks. For the past two years, CCPR has achieved 85 percent cost recovery on its $11 million combined operating budget.

“This high level of self-sufficiency has afforded CCPR the opportunity to expand its programs, grow and maintain its workforce, and free up tax dollars for capital projects, all for the benefit of the citizens we serve,” Klitzing said.

A banner presentation touting this newest level of excellence will take place at 10 a.m., Oct. 22 in the Monon Community Center gymnasium. The public is invited to attend.

CCPR annually serves more than 2,000 students in its Extended School Enrichment before and after school program, 4,600 children in its Summer Camp Series, 13,500 residents in its community events, and 56,000 participants in its nearly 2,400 different recreation and aquatic programs. More than 70 percent of Carmel/Clay Township households visit the Monon Community Center and The Waterpark, explaining why annual membership and pass attendance exceeds 500,000. CCPR manages 502 acres of parkland, 12 parks, 4 greenways, and 21.7 miles of developed trails with total annual visitation estimated to be in the millions.