You are at:Home»Current in Fishers»Master Yoo Tae Kwon Do opens in Fishers 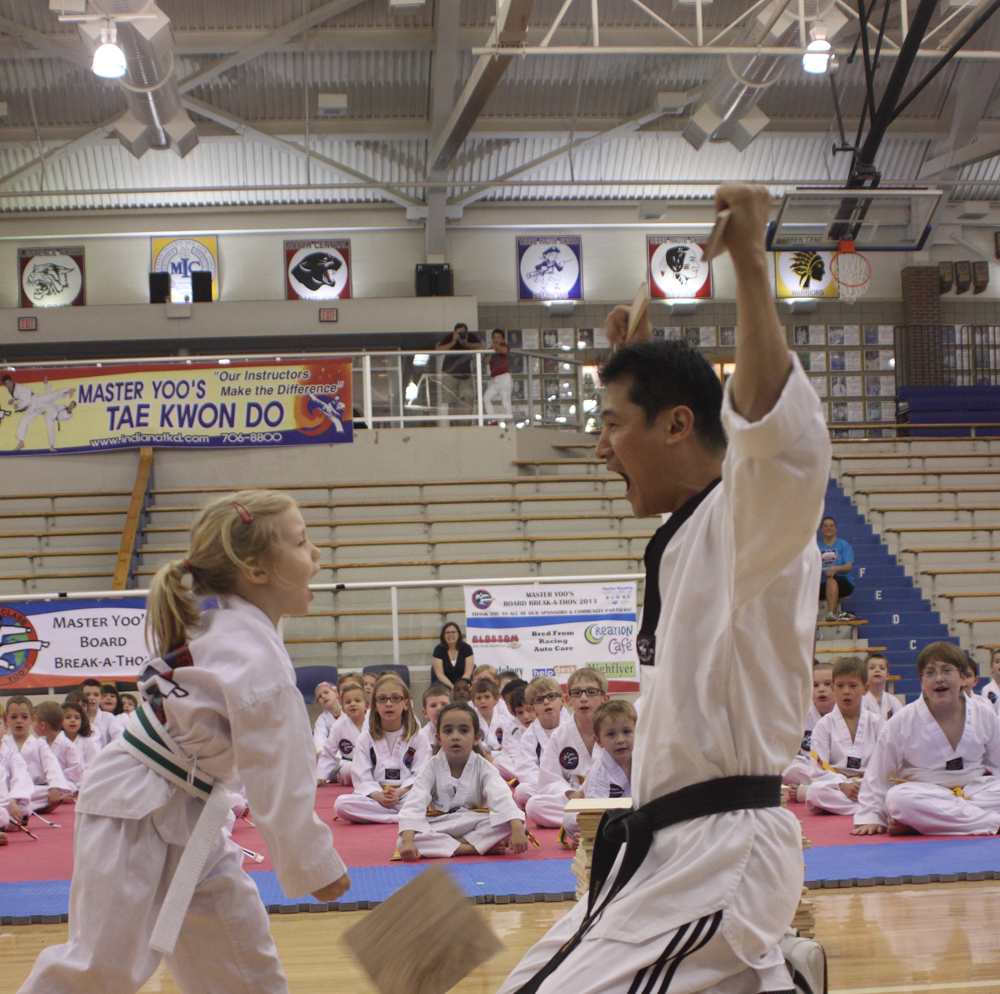 If you’ve been looking for a martial arts school for yourself, your kids or even your whole family, Master Yoo Tae Kwon Do has recently opened a location at 116th and Olio Road at 11760 Olio Rd., Suite 400.

Jessica Smith, the school manager, says Master Yoo is a six degree black belt and has been practicing Tae Kwan Do for more than 25 years and teaching it for 10 years.

The school teaches all aspects of Tae Kwon Do, which is a summer Olympics sport. “Martial Arts in general is very well-rounded using kicking techniques, self defense, sparring, board breaking, form and lot of different things. In the Olympics only sparring is a competitive sport. So we do teach that but all around we teach standardized Tae Kwon Do curriculum,” she says.

In case you don’t know the differences between martial art forms, Smith says there are many things that distinguish them.

“One of the main differences can actually just be the country they are from. Tae Kwon Do is from Korea and we have Korean master instructors that are teaching our classes. So there are some of those cultural elements that are incorporated,” she says.

As for comparing Tae Kwon Do to other forms of martial arts, the main difference is in the techniques.

“For example, a lot of people compare Tae Kwon Do to karate. The difference is going to be that they both do kicking and hand techniques but Tae Kwan Do is a little heavier on the kicking side and karate is a little heavier on the hand technique. But overall, martial arts have very similar philosophies. Martial arts, when taught with proper instruction, is going to teach about focus and really help with confidence and teach a lot of skills that can be applied to other activities; school work; even in their regular life,” says Smith.

Master Yoo Tae Kwon Do offers classes Monday through Saturday with flexible times in both morning and evening. Smith says students don’t have to commit to a specific class time and can come when it is convenient for them. They have classes in all age groups including “Little Tigers” for 4- and 5-year-olds, older children, adults and even families where parents and kids can train together.

Master Yoo has two locations: 146th and Hazel Dell in Noblesville which has been open for eight years and the new location in Fishers. You can contact them at 845-2800 or masteryoo.com.