You are at:Home»Current in Westfield»$24M indoor facility proposed at Grand Park 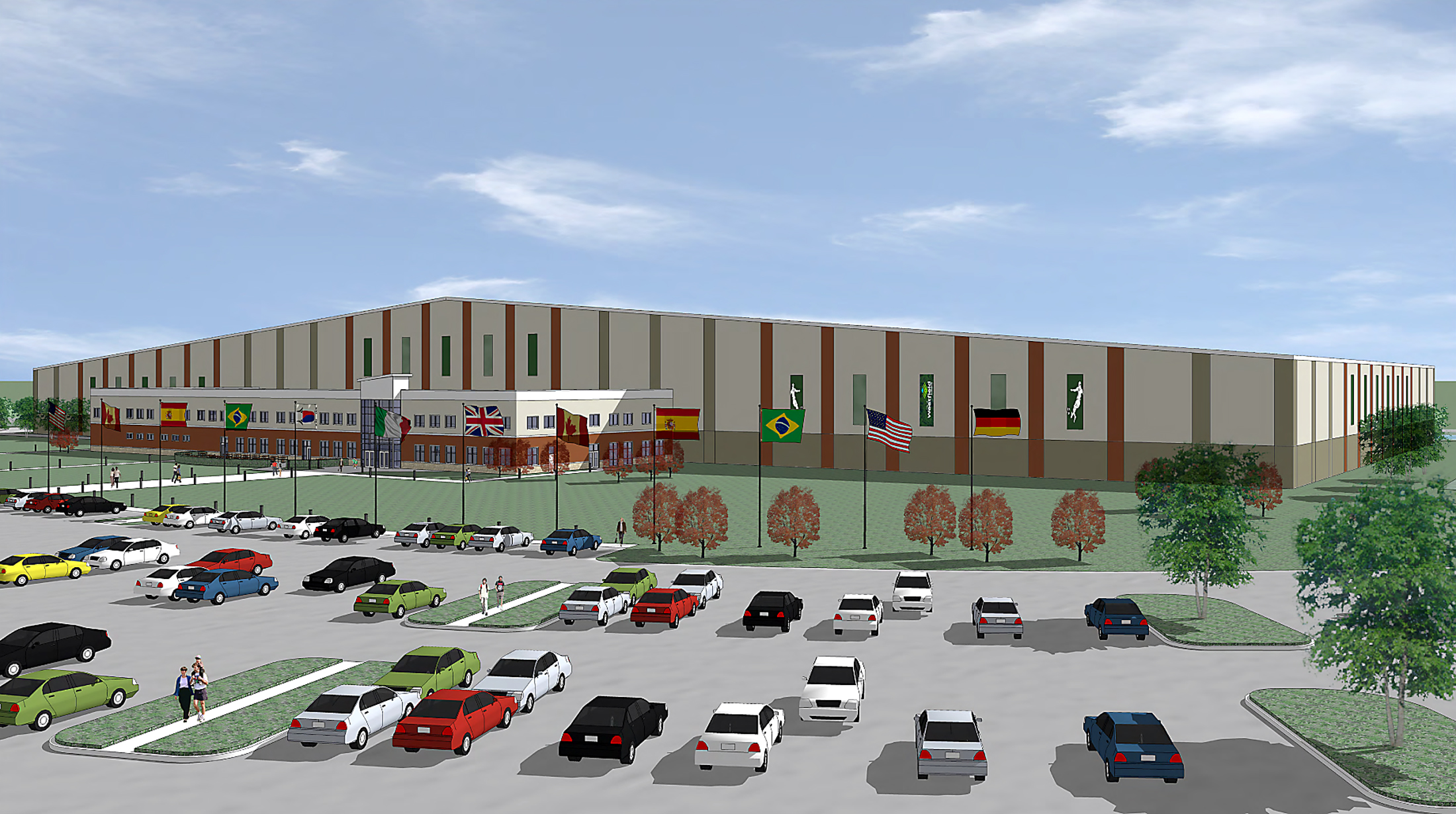 Plans for a new indoor soccer facility were unveiled at the Grand Park Grand Opening on June 21. (Submitted rendering)

After being unveiled at Grand Park’s grand opening on June 21, the Westfield City Council reviewed plans for a $24 million indoor sports facility at the sports complex at its Aug. 11 meeting. The proposed 372,000-square-foot facility will be built by Holladay Properties.

The state-of-the-art building will house three full-size professional soccer fields that can be used for recreational play and competitive play for all field sports. The building will also have office space, locker rooms, meeting rooms and a restaurant focused on family dining. It will be built between Parking Lot C and 191st Street.

“This entire Grand Park project is predicated on having year-round functionality,” Chief of Staff Todd Burtron said, adding the facility will be a taxable asset. “We’ve had several enterprises ask to have operations inside the building.”

Holladay Properties would own the building and the city would lease the property and sublease to operators. Burtron said there is a clause that in its fifth year the city can purchase the building instead of leasing it.

“There is much marketplace demand for this product,” he said. “A sports science organization wants in.”

The building will be 36 feet to the bottom of the trusses at its lowest point and 76 feet at its highest. The height and appearance of the building were critiqued by councilor Cindy Spoljaric.

“General business standards do not allow us to do this,” she said.

Spoljaric added that the building would be next to residential neighbors and it would be hard to mask a big metal building by landscaping.

“I don’t think this is unattractive. It’s a pretty remarkable thing we are trying to do,” council president Jim Ake said.

“Yes, it is a big building – it will house indoor soccer at the professional levels and height is a requirement,” said Chris Wilkes, senior vice president of Holladay Properties. “I certainly want this building to look good and have the community be proud of it. We have taken steps to provide some relief. There is no getting around this building will be 76 feet at its peak.”

Wilkes, a Westfield resident, said the goal is to break ground on the facility this year with a target opening for next summer.

“Grand Park is clearly the nation’s best sports park, and with the addition of an indoor sports facility of this size and magnitude, Grand Park will be able to hold major sporting events and provide significant economic impact on a year-round basis,” he said.

The plan will be presented to the Westfield Advisory Plan Commission on Sept. 2 and could be approved by the city council on Sept. 22.