You are at:Home»Current in Zionsville»Zionsville equestrian takes on Lexington 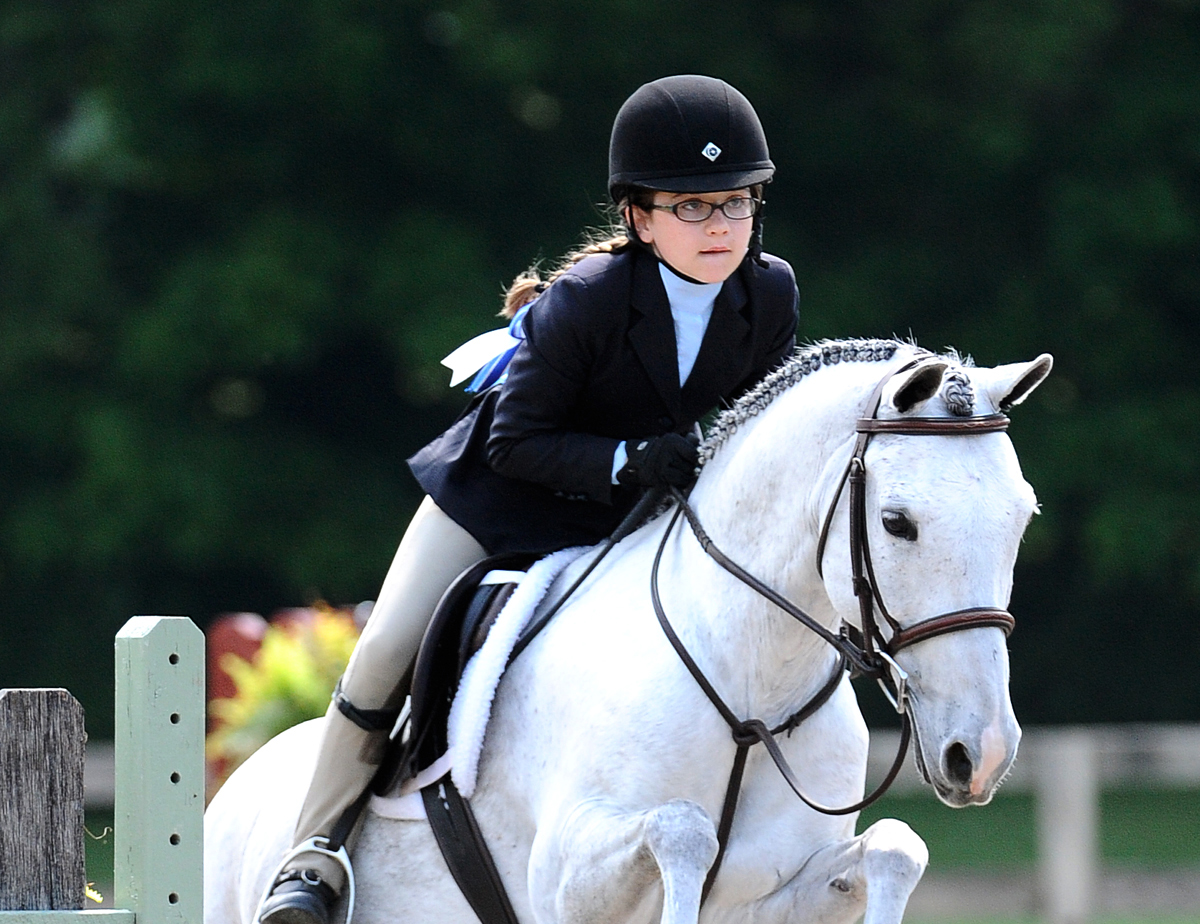 Hitch jumps her way to victory and a USEF national qualification at Brownland Farms in Franklin, Tenn. earlier this year. (Submitted photo)

Zionsville Middle School student Hannah Hitch will be heading to Kentucky this week to compete in the U.S. Pony Finals at the Kentucky Horse Park in Lexington. This is a huge accomplishment for the young equestrian, who has qualified to compete in the “Medium Regular Hunter Pony Division” with her horse, Austin. At only 12-years-old, Hannah and Austin, or “Steeling Home,” the horse’s show name, will be taking to the arena for a week of shows and competition.

Hannah’s career began four years ago at Bit Whip Farm in Zionsville. A family in her neighborhood had been taking lessons there, and took her along for a day to try it out. She fell in love with the barn, and quickly picked up on the sport. Lessons two times a week lead her to “Short-stirrup” competition, followed by the “Children’s Pony” division. Her family leased her first pony named Blue Rocks Victoria, who helped her progress to the national competition stage she is gearing up for now.

Hannah qualified for the competition by earning the title of reserve champion at Brownland Farms in May.Since then, she has been practicing four days a week for the upcoming finals where she will compete for a USEF title, but also have a great time.

“It’s so fun to watch these kids. They love their ponies,” Shelly said. Relatively new to the equestrian world, Shelly said she has really enjoyed the experience she has had with Hannah and her shows.

“It’s been very enlightening as a parent to be involved with this,” she said. Watching Hannah clean, groom and take care of her horses has been both a good lesson in responsibility for her as well as a rewarding experience for Shelly, her number one fan.

As the Hitch family packs up for Kentucky, excitement buzzes in the air, but Shelly says they’re going to keep what’s important in mind.

“We’re going to focus on the journey and getting there and having fun.”