You are at:Home»Current in Fishers»Fishers receives more safe city recognition 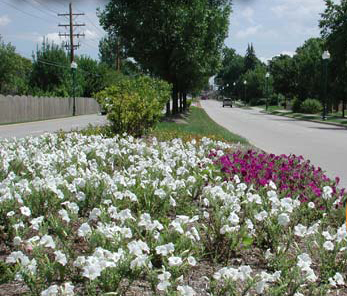 Fishers picked as one of the safest cities in Indiana. (Submitted photo)

Chief Executive magazine recently surveyed more than 500 chief executives and asked them to evaluate states based on a number of business and livability related factors. Indiana ranked as the sixth best state to do business in and its high-quality living environment was one reason why.

Safewise.com has compiled a list of the 50 safest cities in Indiana and Fishers ranks no. 7. The survey was done using FBI Crime Report data from 2012 as the foundation for the report. The list was then trimmed down to cities with a population of 5,000 or above. An analysis was done on the number of violent crimes which consist of aggravated assault, forcible rape, murder, and robbery, as well as property crimes, consisting of arson, burglary, larceny-theft, and motor vehicle theft.

Here’s what the report said about Fishers:

Fishers is a perfect example of government and citizens working together to create a safe, progressive community that benefits every resident. For example, Fishers offers a number of citizens’ academies that help government leaders and residents build strong bonds. From the 12-week Fishers Police Dept. Citizens’ Academy that provides police-style training in the areas such as criminal law, crime prevention and defensive tactics to the Citizens’ Fire Academy and even the popular Fishers Police Dept. Explorer Academy, there are several opportunities to get involved in government.

We were also impressed that Fishers’ leaders make every effort to find out what’s on citizens’ minds. An easy to use Request Tracker lets residents report concerns such as vandalism, overgrown properties, and even provide anonymous tips to law enforcement.

Here are the relevant statistics:

In addition to Fishers, Carmel, Westfield and Zionsville made the list, all in the top 15 safest cities in Indiana.