You are at:Home»Current in Fishers»Road construction continues in Fishers 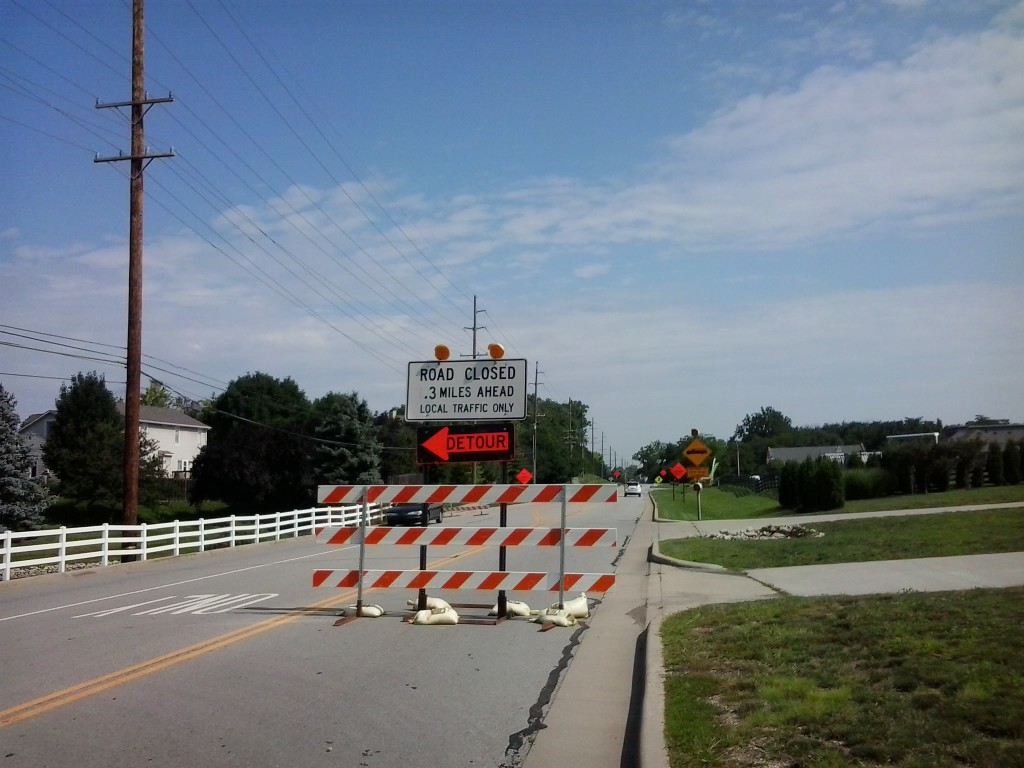 Cumberland Road will remain closed between 106th and 116th streets until Oct. 25. (Photo by Ann Craig-Cinnamon)

Fishers is undergoing several projects that will repair roads and assist with traffic in the town.

A new road, Fishers Corner Boulevard, is being constructed. It is expected to open in October.

Maple Street by 116th and Fishers Corner Boulevard is closed. It is scheduled to be finished by Aug. 11. Work is being done to backfill the road and the paving process will begin soon.

Starting in August, the intersection of 106th Street and Geist Road will be closed with a detour. This intersection will be converted into a roundabout.

“It will help traffic flow at that two-way stop and eliminate major crashes,” said Jeff Hill, Director of Engineering.

A new trail will be constructed to connect the existing trail on 96th Street to Olio Road.  This is a bike and pedestrian path. The project will be worked on from August to November.

The intersection at 136th Street and Prairie Baptist Road will be improved. The project will cost about $400,000. Construction is anticipated to begin late summer. It should be completed in 2015.

Cumberland Road between 116th Street and 106th Street is closed due to bridge repair. The road has been closed since the end of June and will be closed for 120 days. It will open back up on Oct. 25. The repair work is part of a five-year structure-replacement and improvement plan. The project costs about $1,300.

The real time signal system for the stoplights in Fishers is in its homestretch of being completed. This system will make changes in the timing plan in real time based on traffic happening on 3 major roads in Fishers. These roads are 96th Street, Allisonville Road, and 116th street. This project should be finished by August.

There will also be construction in the downtown area to help with traffic and create additional parking. “I think the work downtown will provide traffic relief on 116th and provide other options for navigating around downtown,” said Hill.

Plans are also in place to replace a bridge on Eller Road just north of 106th Street. The project is currently in its design phase and construction is anticipated to begin next year.

To learn more about projects and road closures in Fishers, visit http://www.fishers.in.us/index.aspx?NID=381.