You are at:Home»Current in Carmel»Carmel Community»Shakespeare coming to Noblesville park

The Noblesville Cultural Arts Commission will be bringing audiences back to Depression-era circus life with their interpretation of William Shakespeare’s “As You Like It” this summer.

The comedy will mark the 22nd show in 21 years of “Shakespeare in the Park,” running July 24 through Aug. 2 at Seminary Park, between 10th and Hannibal streets near downtown Noblesville. 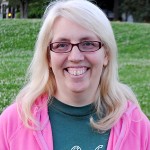 Director Christy Clinton has one primary goal for the audience – that they leave with a love for Shakespeare.

“Our mission for ‘Shakespeare in the Park’ is to do a show that helps people … understand why Shakespeare has endured and why he continues to endure,” Clinton said.

This year’s interpretation of “As You Like It” follows the story of circus performers, who have been forced to flee to a forest by the evil Duke Frederick, Artistic Director Ryan Shelton said. Themes of mistaken identity, lessons in love, and enjoying life in the forest make it a “fun and entertaining night of theatre.”

“This isn’t a well-known piece. It’s not ‘Romeo & Juliet,’” said Marcus Waye, who plays antagonist Duke Frederick. “It’s nice for (the audience) to come and get exposed to something a little different.” 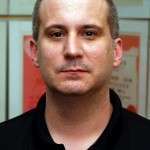 Though relatively unknown, the play includes one of Shakespeare’s most famous monologues, “All the world’s a stage.”

Hamilton County Historian David Heighway, who plays Adam, said this will be the third production of “As You Like It” in the festival’s 21 years. To change it up from previous interpretations, they chose to take the plot out of its typical 17th-century French Court setting and place it in a circus in the 1930s.

Since Shakespeare’s plots are so “real,” Clinton said they are also very transportable.

Shakespeare wrote for an audience “that’s 400 years older than the ones we’ll be working with,” Heighway said, so they had to make some adjustments. For example, when editing the script, they removed some archaic words and phrases, since nobody would understand them.

Though the audience will not be able to understand every word, Clinton said they will understand the passions, emotions and hopefully some of the “bawdy” jokes, thanks to the actors’ interpretation of the text.

“We look for the people that fit the parts and will accomplish that mission of making it the best show possible for the people who come,” Clinton said.

“As You Like It” ● Play starts at dusk on July 24 through 26 and July 31 through Aug. 2 ; the pre-show begins at 7:30 p.m., pushing the play’s start time to about 8:15 p.m. ● Admission is free ● Guests are encouraged to bring food and lawn chairs ● For more information visit www.noblesvillearts.org.