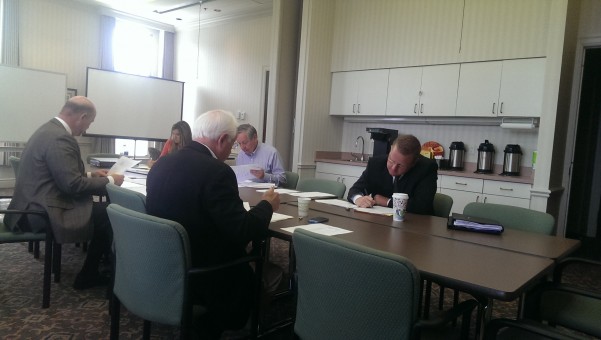 4CDC president Ron Carter was absent from the board meeting June 19, so issues pertaining to complying with the Indiana Public Records Law will likely be addressed at its July meeting. (Staff photo)

The various amorphous groups that make up the Tea Party have made a name for themselves in state and national politics by first sending longtime Indiana Republican Sen. Dick Lugar into an early retirement and by helping to defeat House Majority Leader U.S. Rep. Eric Cantor (R-Va.) in a recent primary election.

Now a Carmel branch of the Tea Party known as the Constitutional Patriots has set its sights on improving the transparency of local city government.

Like many cities in Indiana, Carmel maintains a nonprofit community development organization to help support the mission of the official Carmel Redevelopment Commission.

Officially known as the Carmel City Center Community Development Corporation, but commonly referred to as the 4CDC, it’s a 501(c)(4) nonprofit organization which collects rent from commercial tenants in the James Building at the Center for the Performing Arts and the Old Town on the Monon building on Main Street. It also doles out less than $4,000 in rent subsidies per month to businesses in the Carmel Arts & Design District and assists the Carmel Redevelopment Commission in its mission.

In practical terms, it greases the wheels of commerce and development in Carmel.

Because it’s not technically a branch of government, it is not legally obligated to open its meetings or books. But during the 2012 refinancing of $196.3 million in CRC debt, city councilors were allowed to look at its records and persuaded it to open its meetings to the public.

The impetus stemmed from a 2012 letter from Frost Brown Todd, an agency hired to assist with the refinancing of the CRC debt, in which concerns were raised about funds being transferred from the CRC to the 4CDC and back to the CRC, a way to get around the fact that TIF funds can’t be spent on operational expenses, city councilor Rick Sharp has said.

‘What can possibly be harmed?’

Now, the Constitutional Patriots would like the 4CDC to allow any member of the public to look at its records or request documents. 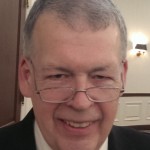 Dwight Lile, co-founder of the Constitutional Patriots, recently addressed the city council at its June 2 meeting and had guest speaker Kathy Wallace read a letter he had written at the June 16 meeting where he asked the council and mayor to compel 4CDC openness.

“As the appointing authorities, the council and mayor are authorized to direct their appointees to serve the public interest, and to comply with the legislative intent,” Lile wrote.

After the June 16 meeting, councilor Sharp sent Clair a letter asking him to persuade his fellow 4CDC board members to open their records, writing:

“Several requests have been made by a member of the Carmel community for the 4CDC to be open and transparent with their finances. Particularly he wishes the 4CDC would comply with the Indiana Access to Public Records statute. His reasoning is that the 4CDC receives “grants” from the CRC and should be required to do so under the amendments made to CRC operations in 2012. The mayor says the 4CDC does not receive grants but in fact makes grants, primarily to the CRC. I think the reality of the situation is that the 4CDC did indeed receive grants in the past and their current income is derived primarily from revenue collected from the office building built by the CRC and given to the 4CDC. Furthermore I fail to see how open disclosure of the financial operations of the 4CDC will be injurious to their mission. What can possibly be harmed by transparency in the use of what can only be called public funds? The office building was built with TIF money and during the bailout refinance of the CRC the Carmel residential taxpayer accepted the burden of underwriting the ultimate repayment of the bond. To say the funds are derived from any source other than the public is a contrivance.”

No action was taken in regard to providing more openness at the 4CDC’s most recent meeting June 19. 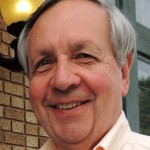 In response Clair said, “I value Mr. Sharp’s opinions. As soon as I can obtain more information on the original intent of the establishment of a private corporation to assist the CRC in their mission, I will be able to work towards the goal of making (the 4CDC) an even greater exception to the general practice of complete confidentiality of records by such organizations.”

What’s the definition of ‘grant?’

Much of Lile’s argument centers on a clause in a 2012 city ordinance (D-2108-12) that was an amended version of a measure to establish the Carmel Redevelopment Department.

The clause in question reads, “Any entity that receives grants from the Carmel Redevelopment Commission must agree in writing to comply with the Access to Public Records Act, Indiana Code 5-14-3-1, et seq., as it pertains to the grant.” 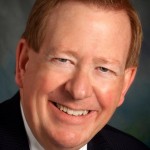 Brainard said that he does not believe those contributions to the 4CDC quality as grants under state law.

“This is a non-cash ‘contribution’ which is required to be reported. Grants are cash payments,” he said. “State law specifically allows cities to provide employee support, up to a percentage of time each year. These have not been and should not be considered ‘grants.’ I do believe that grants are cash payments, nothing else.”

Brainard said that any other interpretation of the ordinance would mean that any organization that used the Gazebo or any city facility would be a grant recipient. Taken further, any corporation that used a city street or park would have received a “grant” from the city.

“This is not what the law means,” he said.

Carmel media law lawyer Steven Badger said, “I think he’s correct that ‘grant’ implies a grant of money. I think that’s a normal interpretation of what a grant is.”

Brainard also said the 2010 and 2011 CRC grants would not trigger a conflict with the ordinance because the U.S. Constitution prohibits ex post facto laws — laws that are passed after the fact of something happening.

“This is a principle that applies throughout our legal system. Applying an ordinance to something that happened two years earlier is an example of a constitutionally prohibited ex post facto law,” he said

He also said that ordinance D-2108-12 clearly requires that the grantee organization enter into a written agreement agreeing to open its books and records prior to receiving the grant.

“Even if (someone) determined the use of city facilities and clerical support constituted a ‘grant’ the 4CDC did not enter into a written agreement because the ordinance was not to be passed for two more years,” he said. “This provision clearly doesn’t apply to things that happened prior to the enactment of D-2108-12.”

Badger said he didn’t agree with that ex post facto assertion, but he pointed out that the issue of the written agreement was probably more significant to the case at hand.

He said neither Lile nor any member of the public would likely have standing to sue to enforce this ordinance because only the grantor, in this case the CRC, could make such a decision.

‘Not the same as actually providing transparency’

“The 4CDC has made its records and meetings accessible to the public and the media, unlike every community development corporation with which I am familiar,” Brainard said. “I am not aware of a records request for specific documents that hasn’t been answered.”

However, in February the Current in Carmel requested a complete list of properties that the 4CDC owns, rents, subleases or maintains and a complete list of subsidies the 4CDC paid in 2013 to businesses located in the Carmel Arts & Design District, either directly or through sublease agreements. This was done after the 4CDC’s legal counsel, Brian Bosma said that it complied with Indiana’s public records and meetings laws.

However in a response on Feb. 28 a lawyer with Bosma’s firm responded, “It has come to my attention that the board’s resolution last year addressed only the Open Door Law (IC 5-14-1.5), which applies only to meetings, not records. The resolution did not address the 4CDC’s records under the Public Records Act (IC 5-14-3), as I had incorrectly assumed, and I have been unable to locate any other board resolution that addresses that particular issue.”

No records were ever provided to the Current in Carmel, but Carter did attempt to answer the request with a description of 4CDC holdings and subsidies that did not list contributions by individual businesses.

That type of action is what has the Constitutional Patriots incensed.

In his letter to the mayor and city council Lile wrote, “The ‘not denying’ transparency is not the same as actually providing transparency. Such word games do not constitute a proper response to the request. They simply represent obfuscation.”

“Carmel is far more transparent than others in this regard,” Brainard said. “Just because someone says it isn’t transparent doesn’t make it so.”