You are at:Home»Current in Fishers»Fishers Pedestrian and Bicycle Master Plan takes shape 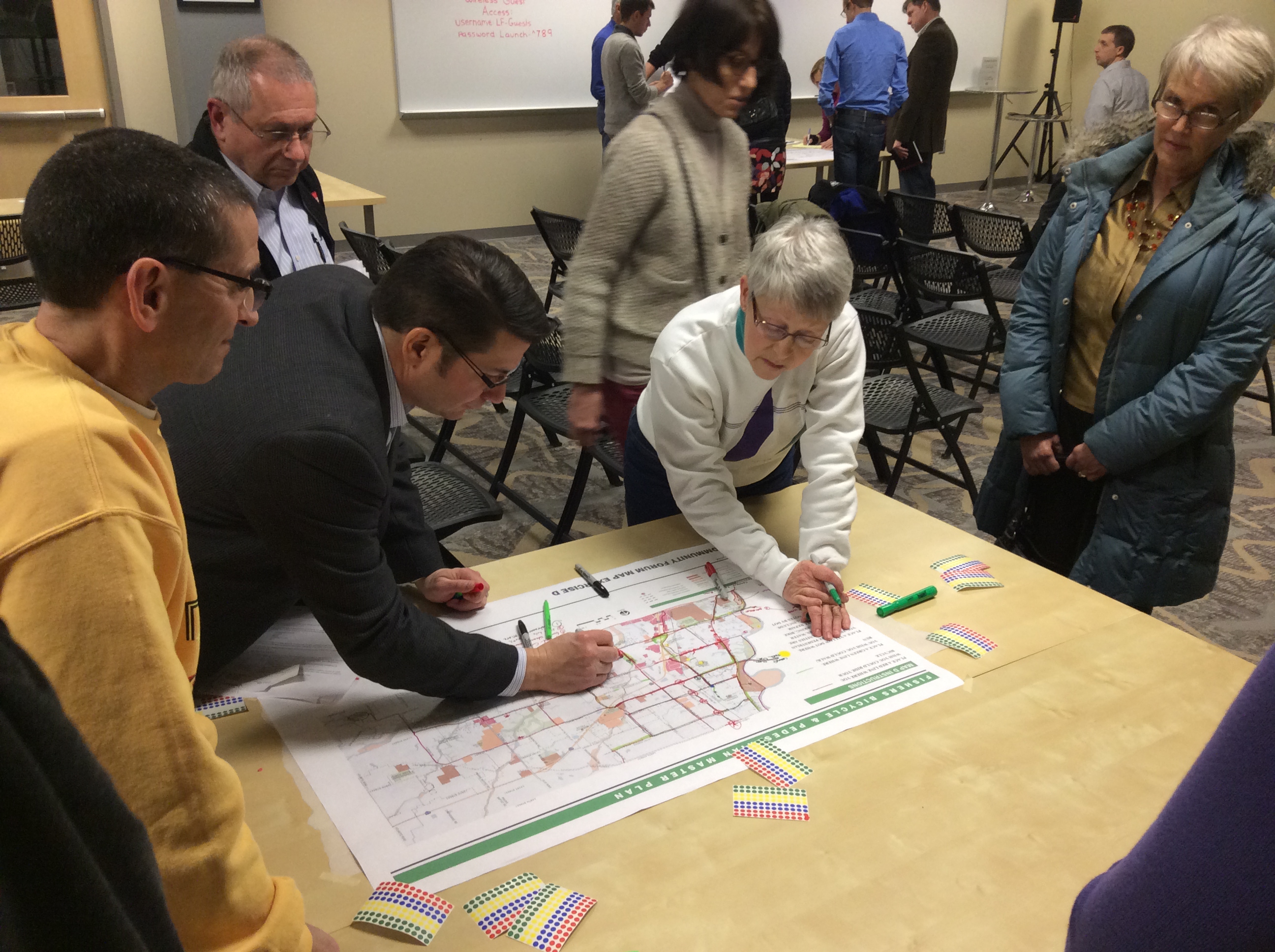 The Town of Fishers has been working on a Fishers Pedestrian and Bicycle Master Plan for several months now and the final plan is scheduled to be completed in July.

On May 14, a second community forum for the master plan was held at Launch Fishers in the basement of the Fisher’s Public Library. About 50 people showed up to the forum, according to Sue Harrison, Senior Planner for Community Development.

“I think the encouraging thing was it was a nice cross section of people,” Harrison said. “There were people who were avid triathletes that are training out there on their bikes or running. We had families with young children and sort of everything in between. A real nice span of recreational riders and athletes and some commuters who like to commute to their jobs on their bikes.”

The forum highlighted findings collected during the public comment period. For about a month, people were able to use a wiki-map to draw desired routes. A couple hundred people used the wiki-map, Harrison said.

A proposed route map was shown at the forum and people were able to give feedback. Maps were placed around the room. People were given the opportunity to identify gaps in the system.

The feedback at the second community forum will be used to finalize the Master Plan. The plan was started in February and in July it will become policy for the town. The actions proposed in the plan will be completed by 2040. However, changes will continue to be made after July, Harrison said.

“We will revisit the plan over the years too,” she said. “We won’t just etch it all in stone this year and then never look at it again until 2040 because it’s our best estimate of where we should go but as unexpected development occurs, and as growth occurs faster or slower we will have to fine tune it maybe every five years or so.”

The Master Plan aims to increase the safety and mobility of residents as they bike and walk through the community. However, the plan will need to do more than just map out routes, Harrison said.

“In terms of implementing the plan, it is going to be really important to educate drivers, cyclists, and pedestrians about how to share the road and get them comfortable with coexisting in harmony,” she said.

Feedback on the Master Plan is still being accepted. A form is available on www.fishers.in.us to provide feedback.