You are at:Home»Current in Carmel»Payment to former director Les Olds puts dent in CRC budget

The Carmel Redevelopment Commission conducted a meeting May 21 to announce the mid-year updates to its budget. The changes include several adjustments to account for decreased projections in tax revenues, but also one adjustment that people might notice – the CRC will indirectly absorb part of the salary of former CRC director Les Olds. 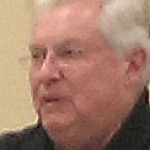 In January, the Carmel City Center Community Development Corporation paid $34,450 to Olds, for money he claimed he was owed for work beyond his $60,000 contract in 2013. After Olds was effectively fired by the Carmel City Council, it appeared that some councilors didn’t think he was owed that money, so to avoid a fight the 4CDC paid the money.

But now, the updated CRC budget shows the 4CDC removed Les Olds’ salary from money it owed to the CRC in rent.

Although the CRC’s original budget was approved by the City Council, the updates do not need to be approved since the budget is considered a “living document.”

Councilor Rick Sharp commented that he viewed this as a “complete runaround” of the city council’s oversight. Councilor Ron Carter shot back that he felt it was the right thing to do to pay Olds.

After a heated exchange between Carter and Sharp, the CRC got back to focusing on their budget update. CRC Director Corrie Meyer said the goal is to end the year with a positive balance.

In order to prepare for a decrease in tax increment finance revenue – almost $1.7 million less than expected – the CRC is looking for ways to cut expenses and increase revenue. The mid-year budget includes an extra $100,000 in energy payments from REI that wasn’t originally budgeted. Meyer also is so determined to sell valuable CRC properties, such as the former Shapiro’s Deli building, that she put $1 million in expected real estate revenue in her budget update.

To cut costs, the CRC has delayed about $450,000 in construction projects, some of which have to do with The Mezz project near City Center.

“This is still a positive,” Meyer said. “Our goal is to end the year with a positive balance in the bank and we will do that.”

And more money could be available, Meyer said. It’s important to mention that not included in the final budget is $1.1 million in performing arts bond savings after the recent refinance. This money was originally budgeted to pay off debt and while it is still considered an “expenditure” since it is being moved from revenue to a reserve account, it isn’t being spent on bills.

On top of that, Meyer said the CRC has settled all its lawsuits except for one: a lawsuit from the city against a contractor who worked on the Palladium. This multi-million dollar contract could mean quite a revenue boost for the CRC, but since the end outcome is unknown, Meyer said it couldn’t be planned for just yet. But she said she believes they have a strong case.