You are at:Home»Current in Zionsville»Zionsville golf outing 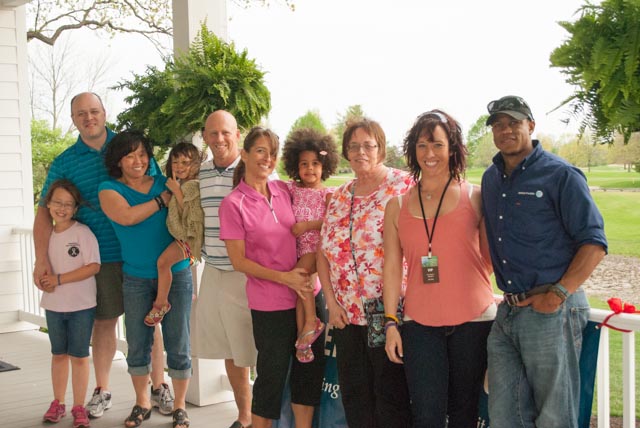 The Rust family smiles for a photo after the ZFD Golf Outing. The event was held in honor of Larry Rust.

The money raised for the ZVFD Larry K. Rust Memorial Scholarship Fund and the ZVFD Bereavement Fund this year.

This scholarship is in memory of Larry Rust, friend and active firefighter who lost his life to pancreatic cancer in 2008.  In memory of Larry, a scholarship was established in 2009 by the Zionsville Volunteer Fire Department in cooperation with the Rust family.

In a few weeks, the scholarship will be awarded. The winner has not yet been announced.