You are at:Home»Current in Fishers»Hitting the beach in Fishers 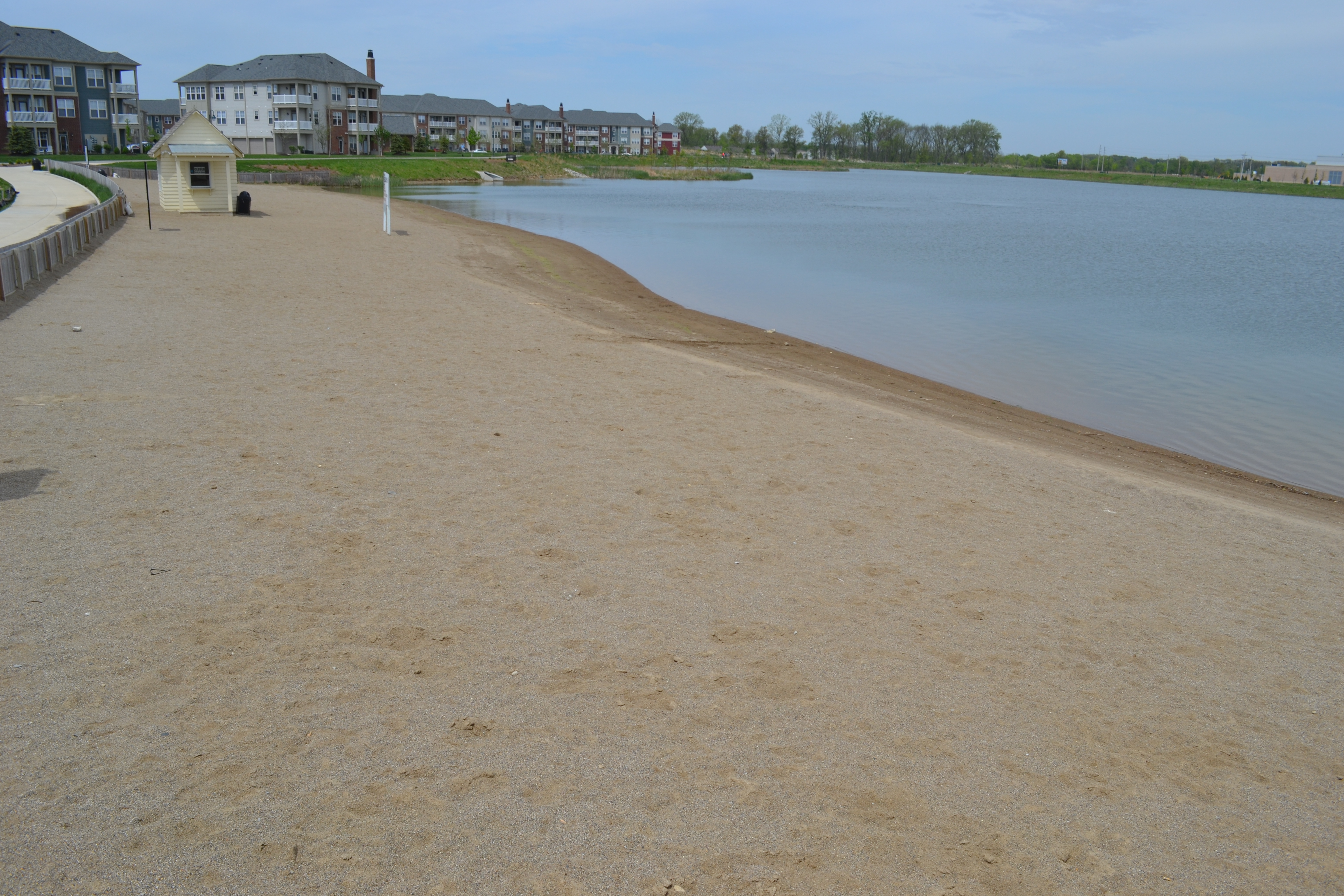 Saxony Beach at 131st and Pennington Road in Fishers. (Photo by John Cinnamon)

You don’t often hear the words “beach” and “Fishers” used in the same sentence, but that is about to change. There is a 30 acre lake and beach in the Saxony development at 131st Street west of Olio Road that Fishers Parks and Recreation Director Tony Elliot calls a hidden gem. Fishers Parks & Rec. has taken over the operation, maintenance, and hiring of staff and lifeguards at Saxony Beach, which is a manmade lake and beach built by the Saxony developers just south of IU Health Hospital.

Elliot says he’s really excited about what this new facility will offer Fishers residents.  “Of course in Indiana a lake and beach is a pretty unique amenity to say the least and so that’s why in the first place Saxony created the lake and beach with the expectation that people would want to move up there; to live up there; to work up there and to play up there because there’s so many different options. Around the lake and beach there has already been a fair amount of development that has occurred but there’s also more that is occurring almost as we speak,” he says and adds that a walking trail around the lake is being finished now.

Saxony Beach will also have kayaks, canoes and standup paddleboards available to rent as well as other programs such as yoga on the beach and beach volleyball. Elliot says they are partnering with other groups to provide programs too. For instance, they are working with the police department to offer swim classes and a swim club and they are partnering with Revolution X in Fishers to offer P90X and Insanity Fitness classes. There will be a fee for rentals and classes, but the use of the beach and lake for swimming is free.

Elliot says Saxony Beach will provide unique opportunities and some cool programs. “A lot of people say what the heck, there’s a beach in Indiana? We’re really, really excited for it. Again, we have a great parks system. We’ve got a lot of really diverse options in terms of our parks from natural areas to playgrounds to splash pads, ballparks, but we think that this lake and beach really is outstanding and unique in terms of a new amenity. So we’re really excited for events and programs and just unique ways that we can host and partner programs that we have never been able to do before,” he says.

Future plans call for a 5,000 square foot recreation building to be built nearby that will have bathrooms and concession stands and will provide a venue for weddings and other events.