You are at:Home»Current in Carmel»Carmel ranked among the best U.S. cities for kids 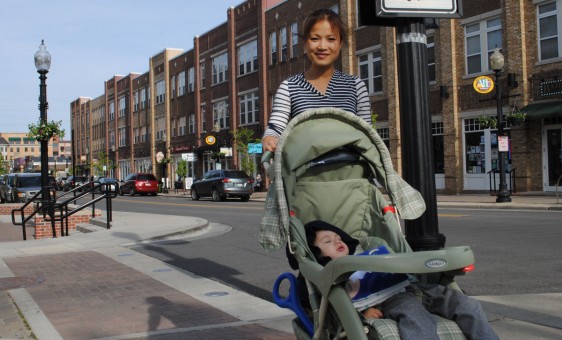 Carmel’s list of high-ranking accomplishments grew longer when the city was determined to be one of the best places to raise children in the United States, according to a study.

The study was conducted by Livability, a research group focused on determining what makes small to mid-sized cities great places to live, work and visit, according to the company’s website.

“When you look at the characteristics that matter most to parents — things like good schools, safe communities, affordability and natural amenities — Carmel stacks up well to other cities.” said Matt Carmichael, vice president of Livability.

The study claims Carmel’s highly-rated schools, low crime rate and environmentally conscious city leaders are a huge factor in the city’s ranking. Also included are the multitude of activities for families and children to take part in, including playing at the local waterpark.

“Our citizens have told us that they want Carmel to be more than just a place to sleep and commute,” said Carmel Mayor Jim Brainard. “We have focused on a true built environment, with a walk-able urban core like we have in our Arts & Design District, City Center and other redevelopments. Our residents also told us that open space, park amenities and trails were very important to give them more places to be active, to exercise and to encourage their kids to do the same.”

Brainard also said that the extension the city’s trail system along with additional parks have increased the park system in Carmel from about 40 acres to more than 800 acres.

“We feel this is a strong component in our efforts to attract employers who want to provide strong, balanced communities for their employees,” he said.
And with 34 percent of Carmel households possessing school-aged children, there’s no shortage of friends to play with, either.

Traffic safety has also been greatly increased by the implementation of roundabouts, which federal safety officials say greatly reduce the number of collisions.

Home prices in Carmel, lower than the national average, work in tandem with higher than average income levels to add to the high ranking. The average work commute is also only 21 minutes.

“Besides the local school system, most surveys say public safety is a key deciding factor when it comes to choosing where to raise a family,” Brainard said. “With our excellent police department and very low crime rates, we feel we have one more factor that will continue to help us attract corporate headquarters, small businesses and a growing number of individual entrepreneurs who want to work and live in a safe community.”