Carmel High School is partnering with Indiana Online Academy to begin offering free classes to students interested in summer school. But the option to take a physical education class online may turn some heads.

The way the program works is that students are expected to participate in at least three hours of aerobic activity during the 7-week course. And that’s in addition to online coursework and a final exam that would be supervised at the high school by a CHS teacher.

Indiana Online Academy has been offering PE I and PE II classes that conform to state standards since 2005. 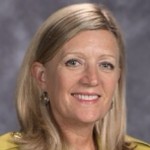 “People think, ‘How do you do PE online?’” Eshleman said, noting that she thinks it may even be superior to traditional gym classes. “If you’re playing badminton twice a week in a traditional setting, most of the kids are standing on the sideline.”

She notes that online PE also gives students the ability to workout on their time while keeping wellness logs of their activities, setting fitness goals and learning about muscle groups and the importance of fitness.

And she said that students who were surveyed after taking the classes had good things to say about them.

“I think they like it because they can do the subjects they enjoy,” Eshleman said. “Kids just enjoy that flexibility.”

But longtime educators are hesitant to just accept this as a sign of the times.

Chuck Koeppen taught physical education at Carmel schools for 37 years, and he said his initial reaction was that this wouldn’t be the best idea.

“I know kids too well,” he said. “Most kids wouldn’t get enough education or physical activity on their own.”

He said this could also lead to the abandonment of an educational ideal that dates back to the ancient Greeks.

“I always thought it was about development of the mind and body,” Koeppen said in regard to the philosophy of education.

John Pesavento, a retired CHS educator who ran the physical education department for more than 30 years, was also skeptical of the concept of online gym class at first, but said he saw advantages, too.

“When I was a department head, the superintendent and principal required all PE classes to have book work and exams,” he said, noting that those components could be done easily online.

He also noted that the classes could encourage students to exercise more with their parents.

The option would be a boon to Carmel schools because they come at no cost; the state reimburses the district the $200 per student per class fee, said Asst. Supt. Amy Dudley.

And any student can participate – even the 2 percent of CHS students who don’t have high speed internet at home – because the high school makes a computer lab and its library available during the summer.

This is Carmel schools’ first year partnering with Indiana Online Academy, although many of the large metropolitan school districts currently utilize its services. It had 14,000 enrollments during the summer of 2013.

Indiana Online Academy was originally part of the 9 nonprofit state-wide education service centers that were spun off from the Indiana Department of Education about two decades ago, Eshleman said.

The academy is self-supporting.