You are at:Home»Current in Zionsville»Bruce Petit announces candidacy 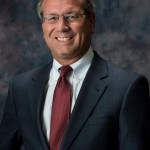 Since graduation, Petit has managed his private civil law practice specializing in litigation and trial work.  From 1982 through 1988, Petit served as a deputy prosecutor handling major felony crimes in Hamilton County.  In 1989, Prosecutor Rebecca McClure, hired Petit as her Chief Deputy Prosecutor serving on a part-time basis while continuing his private practice.  He handled the prosecution of major felonies and all juvenile matters. Petit continued to serve as Chief Deputy under former prosecutors Pam and John Buchanan and present prosecutor Todd Meyer for 16 years until, due to an increase in felony cases, that position was changed to full time. Starting his 25th year of service as deputy prosecutor in Boone County, Petit is currently in charge of all juvenile courts cases while running a successful private civil practice.

When asked to give a remark or two about Bruce Petit’s candidacy for Judge, Boone County Prosecutor Todd Meyer stated: “Bruce brings to the table a wide array of skills and qualities that make him an ideal candidate for the position of Superior Court 2 Judge. Bruce is one of the most honest and fair-minded people I know and he displays these traits daily in his work at the prosecutor’s office. If elected, I know Bruce will bring these traits with him to the bench and represent the people of Boone County just as he should – diligently, intelligently, thoughtfully, fairly and without prejudice. Moreover, Bruce has proven he maintains the necessary temperament to be a judge, which is so critical to the integrity of an independent judiciary. Bruce is intelligent and well-grounded with a keen common sense about him. He is also a pragmatist, who has demonstrated to me and my colleagues that he understands the complexities of life and the law, and will be able to apply this perspective so as to give real and practical meaning to his judicial rulings. It is with mixed emotion that I endorse Bruce Petit for Judge as he is one of the most valuable players in the prosecutor’s office, but I do so, wholeheartedly, knowing that while the prosecutor’s office will lose a tremendous asset, Boone County will receive an outstanding jurist if he is elected to the bench.”

In commenting on Petit’s candidacy, Former Boone County Superior Court 2 Judge James R. Detamore said: “I have known Bruce Petit for over 30 years and have dealt with him as a competent adversary for more than 15 of those years as judge of Superior Court 2 of Boone County.  I observed him handle both major criminal cases and juvenile matters as Chief Deputy Prosecutor for then Prosecutor Rebecca McClure.  I have been impressed with his knowledge and command of the law as well as the manner in which he interacted with his adversaries and clients.  I do not believe that I have ever known anyone that has the unique combination of experience in both civil and criminal law, along with the demeanor and judicial temperament that Bruce Petit has demonstrated. He is imminently qualified to step right in as Judge of Boone Superior Court 2 and replace Judge McClure without skipping a beat. I wholeheartedly endorse the candidacy of Bruce Petit.”

Attorney Kent Frandsen, a partner in the firm Parr, Richey, Obremskey, Frandsen and Patterson, had this to add: “I have known Bruce and have seen his hard, dedicated work for Boone County over the past 25 years. With his vast experience practicing in both criminal and civil areas of the law, I believe he would serve as an excellent judge for Boone County.”

Petit serves on the Boone County School Community Committee, The School Safety Commission for Boone County, has helped teach classes for Boone County reserve law enforcement officers and often speaks to Boone County Schools to educate students on the law and how to avoid negative situations.  Petit also worked very closely with Supreme Court Justice Steven David when he served as Boone County Circuit Court Judge to plan and implement numerous programs in the juvenile court such as alternative school and teen court which provided Boone County youth with services and opportunities outside the formal juvenile court process. When speaking of his experience in juvenile court, Petit said “working with our youth and trying to guide them through some very difficult times in their lives has been one of the most fulfilling aspects of my career. Currently, I am working in conjunction with Boone County Circuit Court to develop a youth assistance program that would help identify and coordinate various agencies to offer services to at-risk juveniles and their families. I am also a part of Circuit Court’s Juvenile Detention Alternatives Initiative team looking for ways to provide services to juveniles when detention is not appropriate. I am proud of my service to Boone County over the last 25 years and hope that it has made as much of an impact on our community as the community has made on me”.

Bruce and his wife, Kelly, have lived in Boone County for 23 years. They have two children, Eric (21) and Maureen (18), who are both attending Purdue University.