You are at:Home»Current in Fishers»Big plans for Fishers Kroger at 116th St. and Olio Rd. 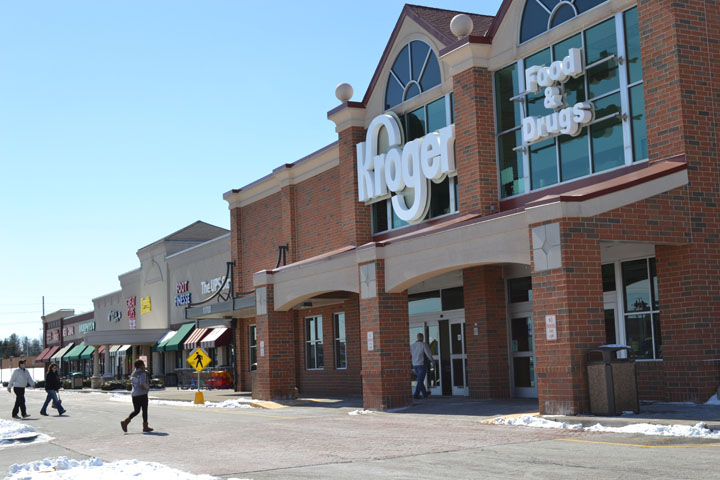 Kroger store at 116th and Olio that the company wants to demolish after a larger store is built nearby. (Photo by Ann Craig-Cinnamon)

If you shop at the Kroger at 116th Street and Olio Road, you better brace yourself for some big changes. The Cincinnati-based company has announced that it plans to build one of its Marketplace concept stores on vacant land just west of the current store and demolish the existing building. The current 65,000 square foot store would stay open during construction of the $20 million, 123,000 square-foot Marketplace store. Kroger says the new store could create an additional 200 jobs. 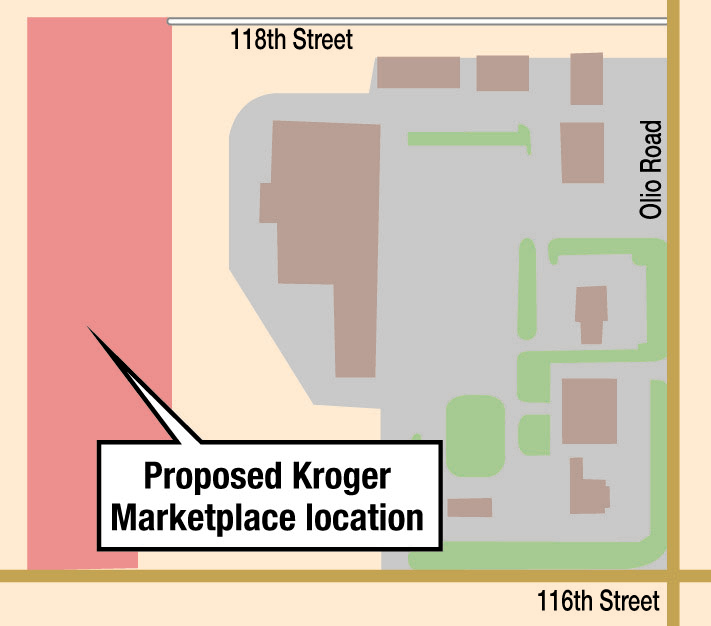 Map of area to be affected by new Kroger Marketplace store

There are two Marketplace stores in Indiana already, but both are in Fort Wayne. Marketplace Stores expand on your typical Kroger store by offering more than just groceries. It’s a one-stop shopping concept that offers everything from a larger pharmacy to furniture to electronics to toys. And that’s not all: the new Fishers store will also have a Fred Meyer Jewelers Outlet. And there will be a café that offers Wifi too.

So your questions are: When does this happen? What happens to my store in the meantime? And what about the rest of the stores in that strip center? The answers are that construction could start this year and finish in 2015; the current store will stay open during construction; and the adjacent stores will not be affected.

Kroger spokespeople call it an amazing store and say there is nothing like it in the Indianapolis area. However, there are some approvals that the company must get before moving forward. Part of the 7 acres of land needed for the project must be annexed and a vacant home must be torn down.

Kroger also needs to win changes to existing planned development guidelines to allow for an increase in the maximum size of an anchor tenant from 65,000 to 125,000 square feet.

None of this happens without some approvals. First stop is the Fishers’ Plan Commission which is expected to hear a rezoning request next month.