You are at:Home»Current in Carmel»Clay Township to discuss fire station improvements 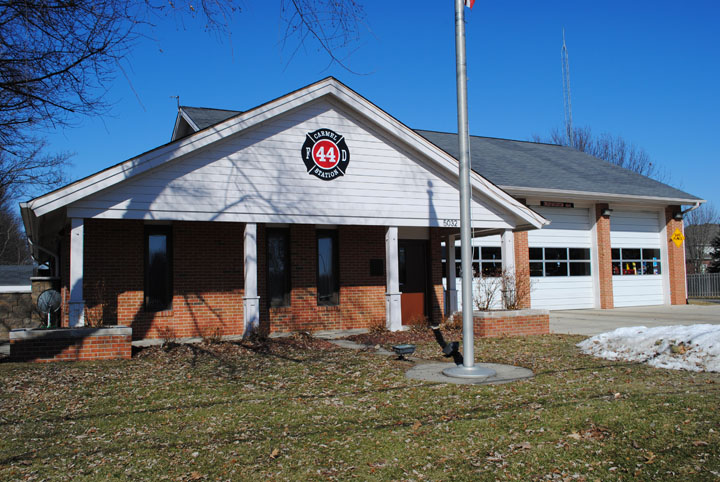 Fire station 44 on East Main Street could benefit from improvements to increase the living space for the firefighters who work there. (Staff photo)

A couple of Carmel fire stations could soon be receiving some improvements through Clay Township.

Fire Chief Matt Hoffman is expected to make a presentation to the Clay Township board in March regarding the needs of the stations.

“We talk about fire stations all the time,” said township board member Mary Eckhard. “The fire department is one of our top priorities, along with relief for the poor. We are looking at doing this sooner rather than later and we are looking forward to Chief Hoffman’s presentation.”

“Because Doug Callahan, our trustee, is a former fire chief, he is closely in touch with the fire departments’ needs,” Eckhard said. “These two stations, as I believe are the oldest ones, have been targeted for attention. We need to hear what their needs are and then sit down and figure out what we can afford to do.”

“The most important factor in all of this is that there will be no increase in tax dollars,” Callahan said. “By December of 2015, we will have the two firehouses on the west side (136th Street and Springmill Road, and 106th Street and Shelbourne Road) paid off. So we could look into using those funds, but it’s all up to the board.”

“The main focus, I would think, would be Station 44, Callahan continued. “It was built in 1980, and it was built to house three to four guys. Now we have 18 people working out of that station, six per shift; plus more equipment. Even when I was there seven years ago, it was tight.”

According to Eckhard, all of the firehouses in Carmel are connected through an interlocal agreement between the township and the city. “But we can focus on the firehouses, because we don’t have the expenses that the city of Carmel has,” Eckhard said.

In the end, it all comes down to funds.

“The township is about to pay off one of its bonds,” said township board president Matt Snyder. “If and only if we could levy another bond and keep the tax rates the same, then we would explore the idea of capital improvement projects for the Carmel Clay Fire Department.”