You are at:Home»Current in Carmel»Carmel Community»Carmel police make arrest in September Arby’s robbery

Carmel Police detectives arrested a man on Feb. 21 suspected of committing an armed robbery at the Arby’s on Range Line Road in September. 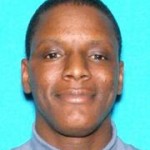 Emanuel J. England, 23, was arrested at 1028 Clubhouse Court in Carmel on a charge of armed robbery. He was later transported to the Hamilton County Jail and remains there with a bond set at $25,000.

This arrest stemmed from an armed robbery that occurred on Sept. 17, 2013 at the Arby’s restaurant located at 1224 South Range Line Road . Police said at the time that a man approached an Arby’s employee outside on the north side of the restaurant.

The man, armed with a butcher knife, grabbed a female employee and forced her back into the restaurant where he proceeded to grab an undisclosed amount of money from the safe. The man was last seen running from the store, police said.

Police later discovered a stolen silver 2010 Honda Civic located near the crime scene and parked at the former Party Time Rental store just north of Arby’s. Police said the stolen Honda was associated with the robbery and evidence of the crime was found inside.

The knife used in the robbery was recovered between the car and the restaurant, said police spokesman Lt. Joe Bickel.

Through an extensive investigation, England was linked to the crime through DNA confirmation and other related evidence, Carmel Police said in a news release.