You are at:Home»Current in Zionsville»Public hearing to address Ford Rd. 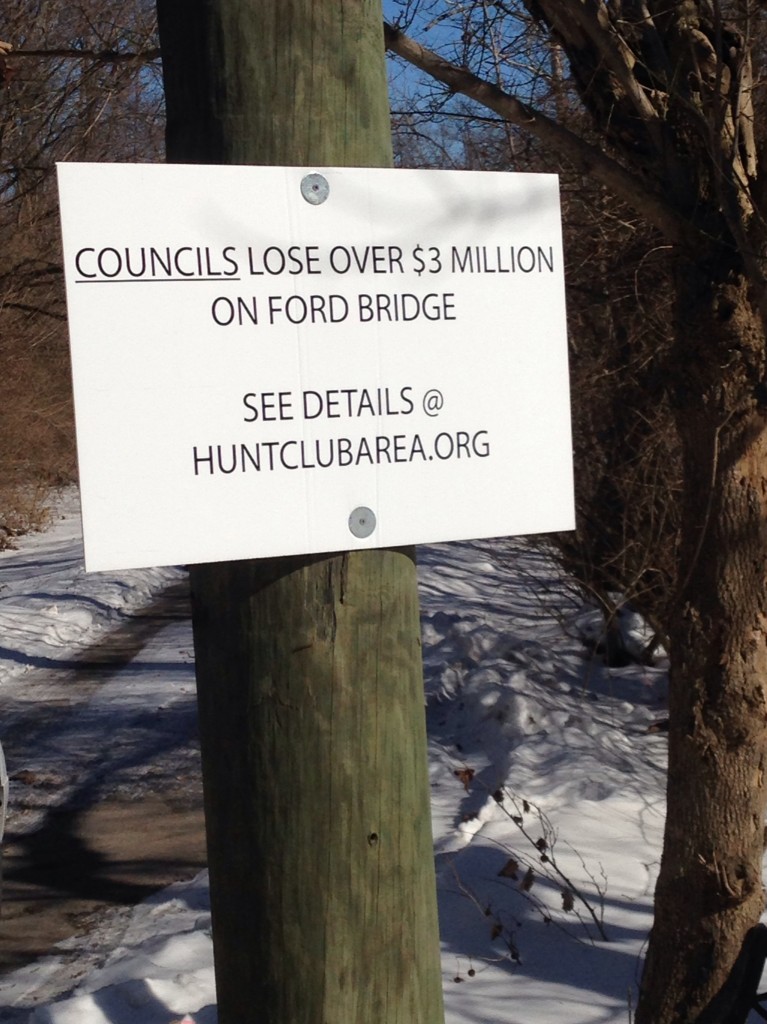 A sign that is posted near the entrance onto the Ford Road Bridge states that the town may soon lose the bridge and that the Town Council “lost” over $3 million in state funding to reconstruct it. This is an inaccurate statement, as INDOT did retract its $2.5 million grant to reconstruct the site, but has stated it is open to evaluating the situation in the future.

In a timeline that can only be described as long, the tale of Ford Road Bridge has yet to reach its final chapter.

On Thursday, Feb. 6 a public hearing will be held in Town Hall in conjunction with the Indiana Department of Natural Resources.

According to Brad Baldwin, Environmental Manager with the DNR, this hearing will focus on three topics: the efficiency and capacity of the floodway to Eagle Creek, the safety of life or property, and the impact on fish, wildlife and botanical resources.

The Ford Road Bridge project has been in the works since 1995, when the town recognized the need to replace the existing bridge on South Ford Road.

In an agreement with the Indiana Department of Transportation, a truss bridge from Shelby County would be moved to Zionsville in order to maintain the historical nature of the truss and the Hunt Club area. However, upon further review this truss bridge was considered too narrow for the site causing the Town Council to discuss the other option of building a concrete bridge.

INDOT had promised Zionsville more than $2.5 million for the project. This amount has since been retracted by INDOT until new plans for a bridge are drafted.

The public hearing with the DNR is one step in the direction of the town being able to make new plans.

In a letter to Hunt Club residents, who have been vocal in what will happen with this bridge, resident Bruce Williams wrote that this meeting will be a good opportunity to see what the current bridge plans are and to possible ask questions.

“If you have concerns and want additional information this may be your last chance to do so,” he stated.

The hearing will be held on Thursday, Feb. 6 at 5:30pm in the Beverly Harves Room in Town Hall.