You are at:Home»Current in Zionsville»Carb-loading crisis 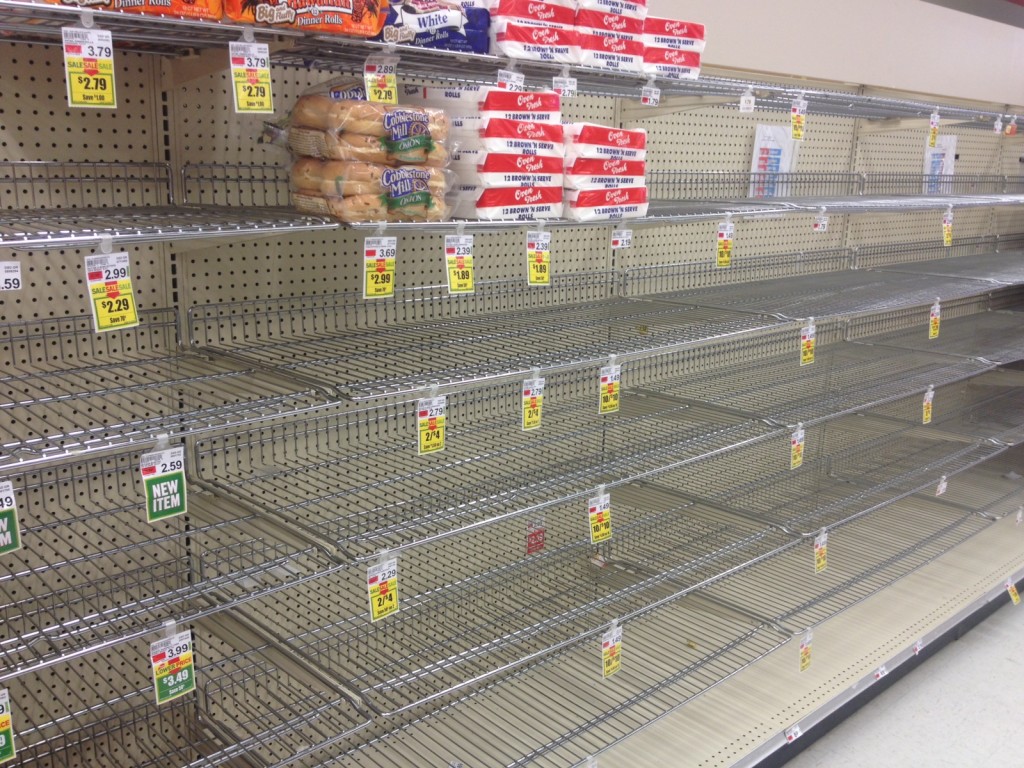 read shelves at the Zionsville Marsh on Michigan Road were barren before the storm. (Photo by John Jordan)

It was like Y2K all over again. The day before the storm, I thought I had nailed it strategically and would miss the crowds. The crowds I did, but also most of what was on my grocery list. No milk, eggs or bananas, and not even a single donut to spare. All the groceries at Marsh were just not there!

Except for items such as Brussels sprouts, zucchini and almost the entire wall of green veggies, with the exception of salad bags. Those were plentiful and remained, along with organic vegetables. I noticed a pattern as I scanned the aisles – pasta picked over, bread loaves disappeared and bakery items scarce. When crisis strikes, carbs are needed for survival! My trip to Marsh proved it.

My trip also proved that people panic with any kind of weather threat. Yes, we had record colds. Yes, we had a foot of snow. Yes, power went out and pipes froze and broke. But the barren shelves made it seem like we wouldn’t be eating for months. Chatting with the cashier at checkout made the patrons earlier in the day sound crazy. Lines stretched up aisles and all the way back to the meat department, with people in line blocking aisles and jockeying for position with shoppers. The cashier said that some got frustrated in the chaos and abandoned their filled carts. Hopefully, their neighbor stuck it out in case of a food crisis by Day 3.

And, my wandering continues, hopefully, outside again soon …