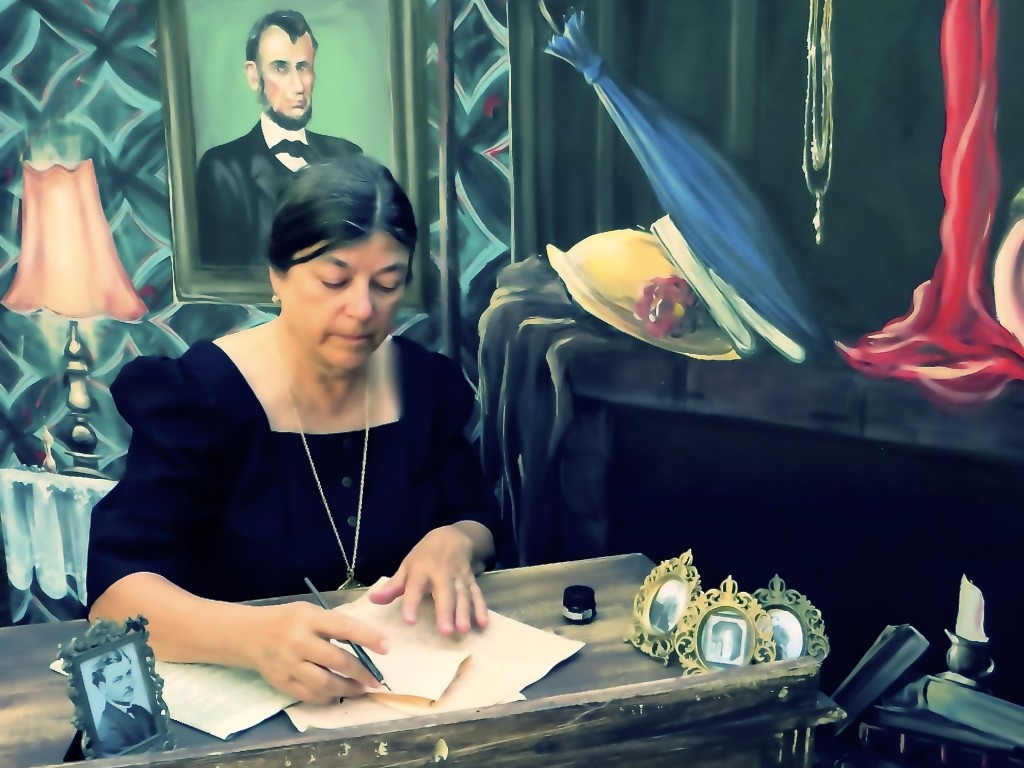 Playwright and Carmel resident MaryAnne Mathews believes that former first lady Mary Todd Lincoln deserves to tell her own story in her own words.

So she penned a one-woman play entitled, “Mrs. President: A Visit with Mary Todd Lincoln,” that is funny, poignant and at times heartbreaking, and she’ll stage a production at the Carmel Theatre Company’s Studio 15 starting Jan.10.

As a history buff and retired social studies teacher, Mathews became interested in Mary Todd Lincoln’s life after she portrayed her in the 2012 production of “A. Lincoln: A Pioneer Story” at the Lincoln Amphitheater in Lincoln City, Ind.

“I started researching her and I became really interested in all the different portrayals of her. Everything she did was construed in the most negative way,” Mathews said.

“Mary Lincoln was very intelligent and had positive qualities. It’s unfair that all people know is that she had mental problems. So unfair. She had reasons for her actions. I wanted to focus on what it was like to be her from her perspective,” she said. “I started doing a lot of reading and research to portray her in more of a full way and not as just a one dimensional figure.”

The play focuses on the end of her life in the early 1880s at the last place she lived – her sister Elizabeth’s house in Springfield, Ill. During the visit, Mary reminisces about her childhood, her meeting and courtship with Abraham Lincoln, her life as a young mother and life in the White House.

Following a brief intermission, Mathews will perform as herself in “Remembering Gettysburg,” a 40-minute program of story and songs of the Civil War, commemorating the 150th Anniversary of the Battle of Gettysburg and the dedication of the National Cemetery.

There will be a question and answer session following the last performance for individuals interested in discussing the play or the process of writing and producing a play.