You are at:Home»Current in Zionsville»Local support gives holiday cheer 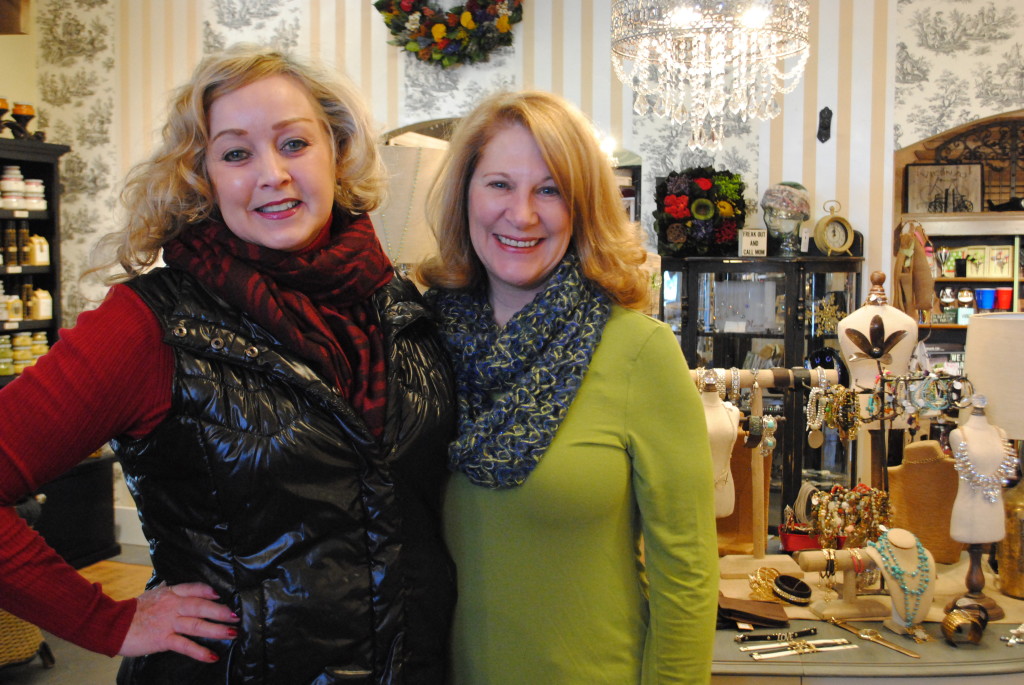 As the holiday shopping season comes to a close, many business owners around downtown Zionsville said they feel grateful for all the customers who shopped local.

“We were so pleased with the city and chamber’s support. The chamber did a really awesome job of spreading out activities so there was always a reason to be downtown during the month of December,” said Candice Gallmeier, co-manager of Delaney’s.

This year, the Zionsville Chamber of Commerce helped sponsor the Christmas in the Village event. New to the month-long celebration was a Ladies’ and Men’s shopping night. On these nights, the downtown stores stayed open late and catered to each group with special treats and deals.

“On Ladies’ Night we had little desserts and then on Men’s Night, we served non-alcoholic beer and chicken wings,” Gallmeier said.

While the chamber promoted the different evenings, each business also promoted specials in their own businesses. Bob Goodman of Robert Goodman Jewelers brought in a major diamond vendor, a goldsmith, and other vendors while serving special drinks.

“We had great turnouts on both nights,” Goodman said.

“We just participated in the Ladies Night because of the type of store we run, but we saw lots of people as well. We still had many people in our store way after 8:30 p.m.,” she said. Morrison said many businesses cross-promoted by bringing in other businesses. For example, at Ballerinas and Bruisers, they served treats from Confectioneiress Cupcakes and Sweets and offered hand, neck and shoulder massages.

“I think residents and customers liked having events spread out over the entire month and gender specific shopping nights,” Morrison said.

Morrison, who also served on the Christmas in the Village committee, said once the holidays are over, the committee and chamber will meet to find out what people liked about the events and what they might need to tweak for next year. While the response was overwhelmingly positive, Gallmeier noted something she observed about Men’s Night.

“Most of the men came in with women. So maybe their night should be later in the season because many guys tend to shop at the last minute,” she said.

Overall, businesses were very positive about the support of the community during the holiday shopping season.

“We so appreciate them. They are the key to our success,” Goodman said.

“Having a whole month of events and nights like these really kept the energy going downtown,” Morrison said.