You are at:Home»Current in Westfield»Update: Westfield double homicide suspect arrested 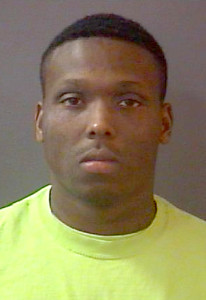 An Indianapolis man was arrested tonight in connection with the Westfield double homicide on Dec. 20.

Police began investigating the killing of a mother and daughter found dead in their Westfield home on Dec. 20 after being called to the home in the 15000 block of Oak Park Court at 4:42 p.m. by a relative. Once there, officers found the Marylyn Erb, 52, and Kelley Erb, 23, unresponsive and with visible injuries to their bodies. Each was pronounced dead at the scene.

WPD Cpt. Charles E. Hollowell said the case was treated as a homicide due to evidence at the scene.

“It has been determined that this home invasion robbery occurred during the midday hours of Friday, Dec. 20, and the initial investigation did not reveal the evidence of forced entry. Additionally, both victims died as a result of blunt force trauma,” Hollowell stated. “Additionally, it was determined that the victim’s home was not randomly selected by this individual.”

“Citizens have been great with giving us different tips they think may be useful,” Hollowell said.

This investigation has been a multiagency effort that consisted of officers from the Westfield, Noblesville, Carmel, Lawrence and Indianapolis Metropolitan police departments; Hamilton County’s sheriffs, prosecutors and coroners offices; Indiana State Police and the U.S. Marshalls. 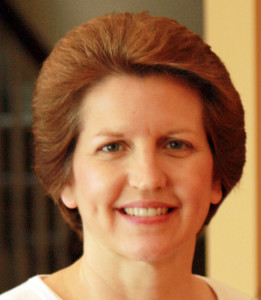 “The City of Westfield would like to thank them for their ongoing assistance and resources dedicated to this investigation,” Hollowell said. “With state and Hamilton County agencies, mutual aid is superb. The additional resources are a benefit.”

Attempts to contact the Erb family were not returned.

Kelley was a student at Ivy Tech, where she was pursuing her degree in early childhood education. A graduate of Heritage Christian High School, she previously studied at Indiana Wesleyan University. Kelley loved animals, especially dogs and horses, and singing in her high school choir.

Marylyn was a homemaker. She grew up in Lowell and earned her nursing degree from Indiana University. Marylyn was said to have a passion for serving her family and loved spending time with her grandchildren. She and husband, Todd, celebrated their 30th anniversary in February.

Senior Pastor Dave Rodriguez said the Erb family has belonged to the Grace Community Church in Noblesville congregation for many years and were active members. Marylyn was a member of a small group and involved in the church’s women’s group and Kelley was part of a young adults organization and also served in Grace Kids.

“Our hearts break for the Erb family and everyone who has been impacted by this horrific act. We do not know why tragedies like this happen,” Rodriguez said.

Hollowell said this is the first homicide in Westfield since Nicholas Reners’ death in July 2008.