You are at:Home»Current in Fishers»Inspiring view from the top

Steve Meier always wanted to climb Mt. Kilimanjaro, a common item for a bucket list. A healthy eater and dedicated to exercise, he assumed he’d have plenty of time in his life. Until he had a heart attack at age 49.

Flash back to one year earlier. Meier had a physical and EKG, which was normal. Not surprising, given his condition and the fact that there was no history of heart disease in his family. Yet he was a little startled when climbing the stairs – he became winded quickly.

About 10 months later, Meier began noticing pressure in his chest and arm.

“Because I had passed a physical with flying colors, I didn’t take those symptoms serious enough,” he said.

The problems did not go away. In fact, they got worse. Meier meant to call a doctor, but he was busy with work and thought he would get around to physician’s appointment when it was more convenient.

“That wasn’t a very smart choice and I’m a typical guy in this sense,” Meier said.

He went to sleep one night only to be awakened by intense pain.

“I woke up my wife, she freaked out and we went to the Community Heart and Vascular Hospital.”

After Meier’s heart attack, the doctors cleared up a clogged artery and put in a stent. During early recovery, Meier joined a group of friends for a night out. They were talking about going on a trip to climb Mt. Kilimanjaro. He thought preparing for a mountain climb would help him get back into shape.

“The goal was to help me recover, train, lose weight and get in better shape,” he said. “The timing was just perfect.”

Although some concerned and well-meaning friends tried to discourage him from attempting to climb a mountain, it was Meier’s cardiologist, Dr. Sandeep Dube, who encouraged him to prepare for the climb.

“I advised him to wait at least six months after his heart attack,” Dube said. “He needed to get back into good shape.”

Meier followed Dube’s orders, was given a stress test that showed he was in suitable physical shape and began to work his way back into an exercise regime that slowly intensified. Meier played hockey and began to see a personal trainer to help him get back into shape. He also went swimming often, which “helps the lung capacity prepare for the (mountain) altitude,” he said.

“I also tried to get out as much as possible to walk and hike.”

While he was training for the climb, Meier had another goal on his list – raising money for the Jubilee Village Project, a grass roots movement committed to serving the poor and ending world poverty through sustainable community-based transformation. He had a strong desire to help residents in Kager, Kenya, who need access to clean drinking water.

“When I was in college, I spent a summer in Zimbabwe drilling wells,” Meier said. “I had first-hand, personal experience with providing clean water to very remote areas.”

He decided to raise $1 for every foot of Mt. Kilimanjaro, or $19,345. Meier succeeded and, as part of his trip to Africa, spent five days in a village of Kager.

“It was really quite amazing,” he said.

When it was time to climb the mountain, Meier and his Indianapolis teammates took things slow, hiking up gradually for several days. The journey down took a day-and-a-half. 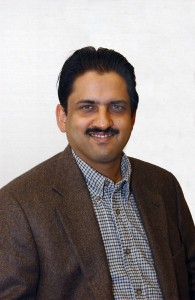 Dr. Sandeep Dube, a cardiologist at Community Heart and Vascular Hospital, emphasized the importance of paying attention to potential signs of a heart attack: on-and-off chest pains, nausea, and arm and jaw pain. People can reduce their risk of a heart attack by eating more vegetables and increasing servings of fruit, and walking briskly, biking or swimming for 45 minutes, five days a week. Stress and cardiac testing should be done every so often as well, he said.