You are at:Home»Current in Zionsville»Zionsville’s Country Star: From her debut at the Zionsville gazebo at Lincoln Park to Nashville, Kendall Phillips soars on the musical charts 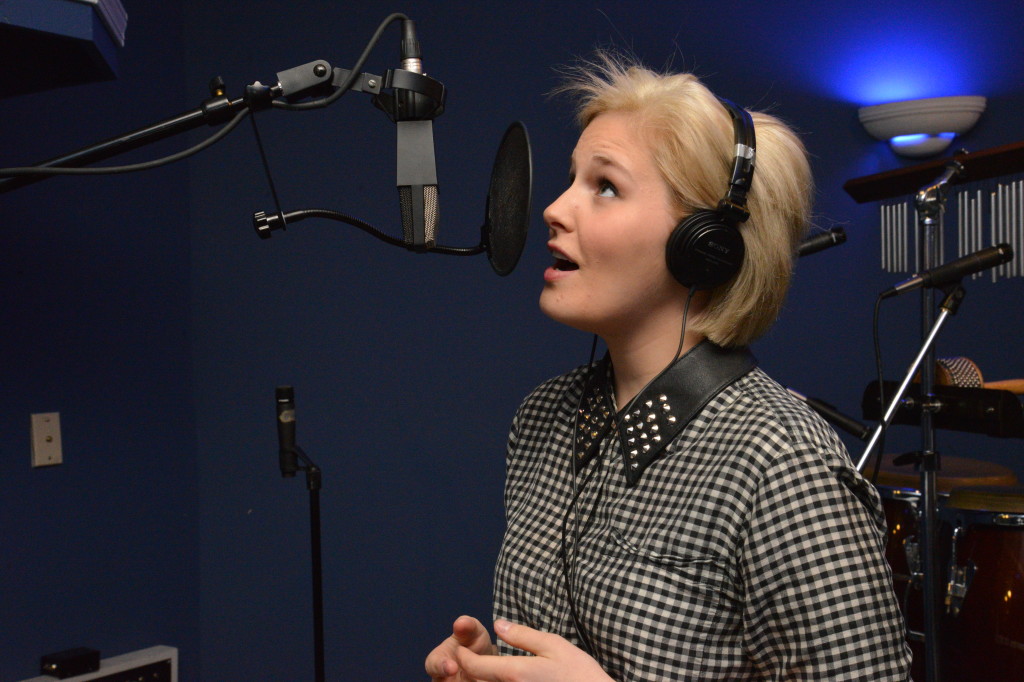 Kendall Phillips, 24, was born and reared in Zionsville and graduated from Zionsville Community High School in 2007.

Her diligence, creativity, hard work and tenacity are paying off as her dream of becoming a country music star comes to fruition. Phillips’ current single, “You Should Know,” is charted at No. 3 in the nation on the Power Source Top 20 Country Chart.

One lyric in the song is “… and you’ll never know what lies ahead if you don’t take that leap.”

Leap she did. Phillips auditioned for “American Idol” in 2006, and just because she wasn’t given that golden ticket after her first audition in San Francisco (the judges told her there was already a blonde country singer), that didn’t stop her from believing in herself and her dream of becoming a county musician.

“From San Fran I went to the Chicago auditions, dyed my hair black and put in red extensions and tried out as a rocker,” Phillips said. “I made it in the door that way.”

Following her “American Idol” success, she landed in the top five on the TV show “Country Showdown,” and finished as the runner up. After her success from the two shows, she signed with HMG Nashville.

“Kendall signed with a great company, adding her talents to the elite list of artists they work with, such as Carrie Underwood, Tim McGraw and John Turner,” her publicist and mother, Kim Estep, said. “You Should Know” has captured the attention of county radio and has broken the Hot 100 Country Breakout Chart on Music Row. 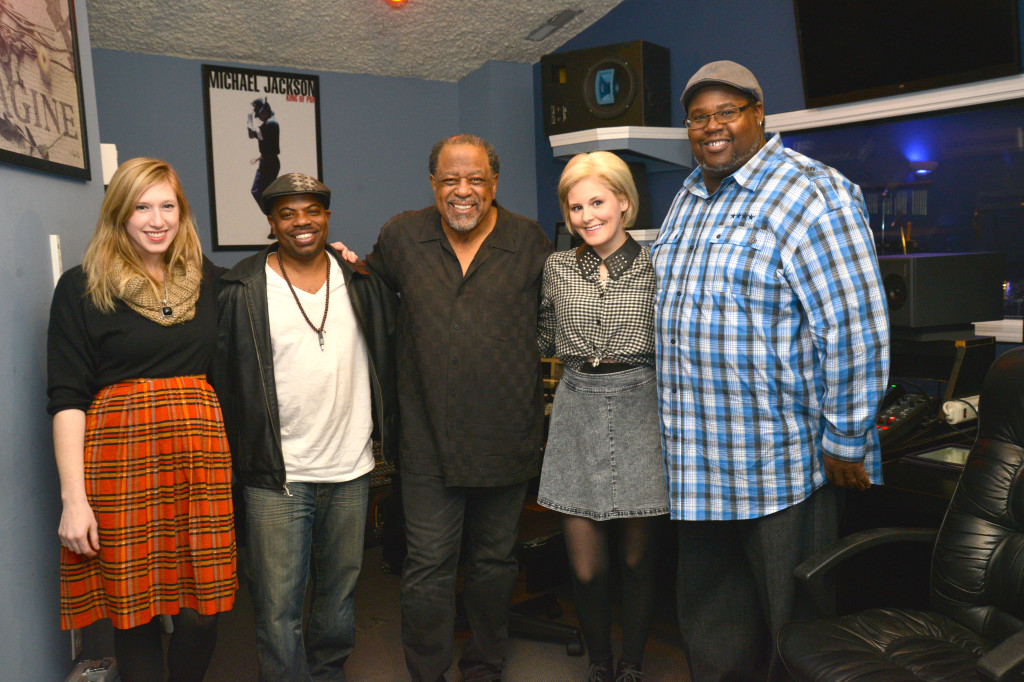 Back to the beginning

Phillips is humble about her roots. She is now touring, but she still calls Zionsville home and remembers it’s where she got her start. 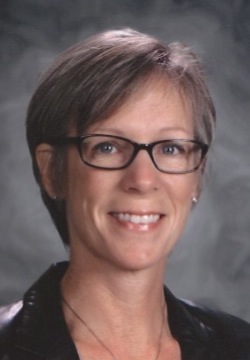 “I would be remiss if I didn’t mention two of my biggest fans and supporters, and without them I would never have made it this far,” Phillips said. “Marie Palmer, the No. 1 person that believed in me from Day 1, when I was this awkward kid with Turrets syndrome, she told me that if I believed in myself I could do anything.”

Palmer, one of Phillips’ junior high school teachers, recalls that “Kendall was fearless. She tried out for every solo and small group opportunity she could. She sang everything from classical to jazz to country to pop and everything in between.

“If you want to be a doctor, a singer, a movie star, a vet, a writer, it doesn’t matter what, do the work, believe in yourself and you can do whatever you put your mind to,” she said with a big smile. “There’s a place for everyone, as long as you work hard for it.”

Phillips said hitting No. 3 on the charts is “mind-blowing. It’s crazy … wild.” Her proudest moment so far? ZCHS put her in its newsletter as the most successful graduate. “It’s crazy, I’m sure there’s a doctor that has done something better than I have. When I check Facebook everyone is saying, “You totally did it!” 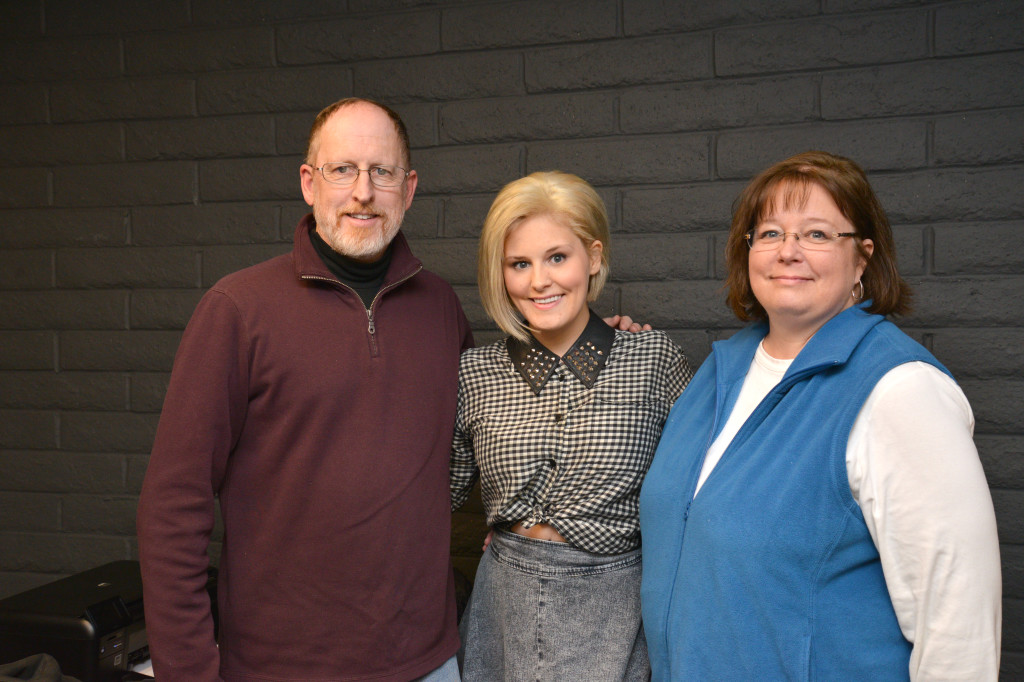 Kendall with her parents Todd Phillips and Kim Estep.

On the road, again

Phillips is on tour and says the more she’s on the road the more she misses Indiana and Zionsville. Her favorite aspect of growing up in Zionsville was the community feel.

“It’s a small town, but so close to everything and there’s a lot to do and it’s so central,” she said.

Phillips keeps an interactive connectivity with her fans, and every holiday season she does something special in appreciation of their year-round support. When working on this year’s fan project, Phillips wanted to use her national status to shine a spotlight on some Indiana businesses that she believes in, and the opportunity to partner with local businesses has brought her off her current national tour and back home to Indiana.

She reached out to local musician Rodney Stepp, owner of multiple Internet radio stations and Indianapolis recording studio, Rodney Stepp Music Productions on Coffman Road. “I admire Rodney a lot; he’s had an enduring career in the music business and is one of the most talented pianists I know,” Phillips said. She presented the idea of a song collaboration and music video that would be released via free download to fan club members. The two began the recording process during breaks in her tour schedule and through countless emails and phone calls while she was on the road, the project grew from an idea to a work of art that both artists are very proud of.

Next, Phillips teamed with local business owner and stylist Sara Baldwin, founder and CEO of Broad Ripple’s Lux & Ivy to style the video. Garnering her start in the world of fashion and photography, the Lux & Ivy owner was the obvious choice when seeking a glamorous look with a simple and rustic edge.

“I’m giving Sara free range when it comes to styling this video,” Phillips said. “I had worked with her before I signed (with HMG Nashville) and she’s always spot on when it comes to what is flattering and fashionable and after we film. She’ll have the outfits on the Lux & Ivy website and I’ll link them on my social media sites as well. It’s a really cool concept; the fans can get the actual outfits from the video.”

The video, which was shot earlier this month, will be available as an mp3 file Dec. 18 on CMT.com, YouTube, and on the websites for each of the contributors. Free downloads of the song will be available for KendallPhillips.com fan club members. 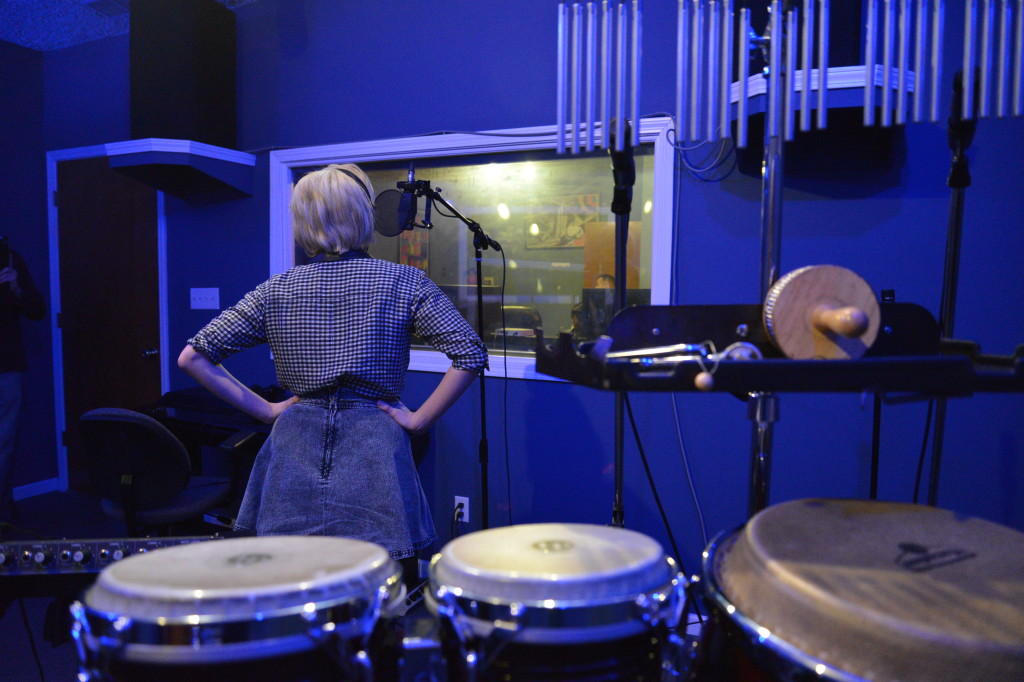